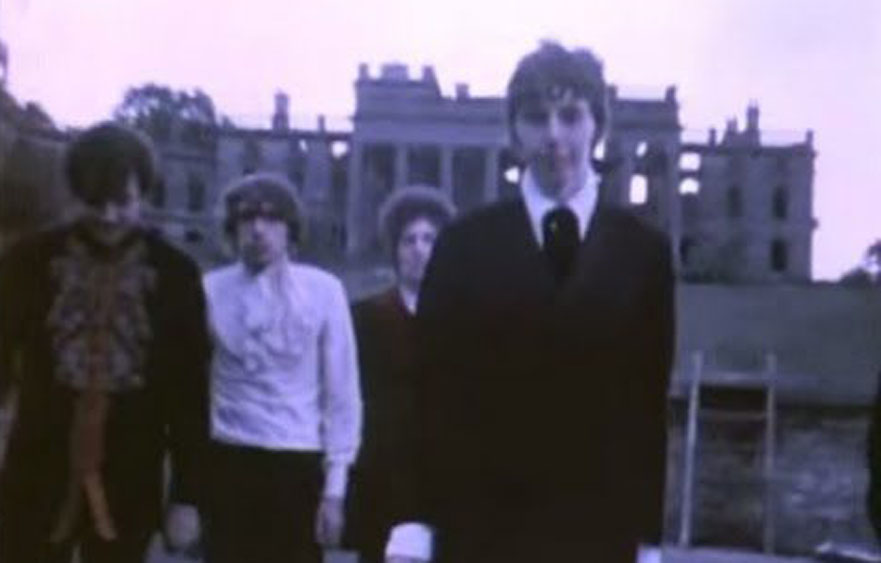 The debut single by the British rock band Procol Harum, released 12 May 1967. The single reached number 1 in the UK Singles Chart on 8 June 1967 and stayed there for six weeks. Without much promotion, it reached number 5 on the Billboard Hot 100 chart in the United States.

One of the anthems of the 1967 Summer of Love, it is one of the best selling singles in history, having sold more than 10 million copies worldwide.

With its Bach-derived instrumental melody, soulful vocals, and unusual lyrics – by the song’s co-authors Gary Brooker, Keith Reid and Matthew Fisher – “A Whiter Shade of Pale” reached number 1 in many countries when released in 1967.

The first promotional clip for “A Whiter Shade of Pale” was shot in the ruins of Witley Court in Worcestershire, England. It features four of the five musicians who played on the hit single (Gary Brooker, Matthew Fisher, David Knights and Ray Royer), in performance and walking through the ruins.

The film was directed by Peter Clifton, whose insertion of Vietnam War newsreel footage caused it to be banned from airplay on the BBC’s Top of the Pops TV show.