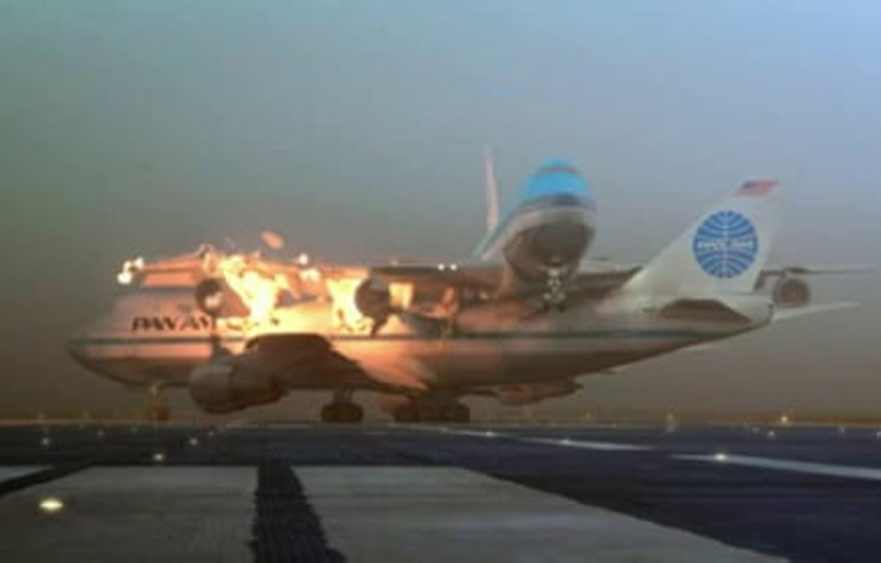 The collision occurred when the KLM airliner initiated its takeoff run while the Pan Am airliner, shrouded in fog, was still on the runway and about to turn off onto the taxiway. The impact and resulting fire killed everyone on board KLM and most of the occupants of Pan Am, with only 61 survivors in the front section of the aircraft.

The investigation by Spanish authorities concluded that the primary cause of the accident was the KLM captain’s decision to take off in the mistaken belief that a takeoff clearance from Air Traffic Control, had been issued.

Dutch investigators placed a greater emphasis on mutual misunderstanding in radio communications between the KLM crew and Air Traffic Control. KLM admitted that their crew was responsible for the accident.

⇒ Watch This 1977 Plane Crash Occurred Right on the Runway