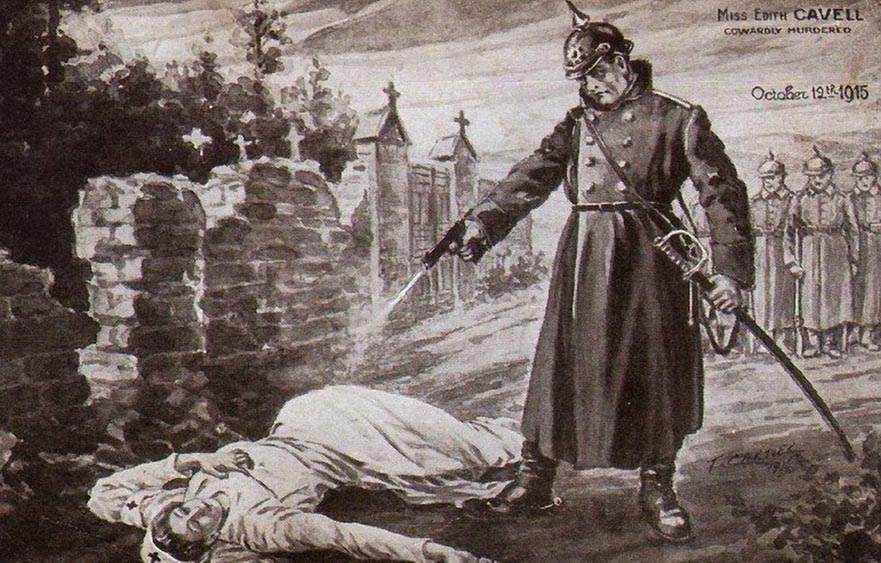 She is celebrated for saving the lives of soldiers from both sides without discrimination and in helping some 200 Allied soldiers escape from German-occupied Belgium during the First World War, for which she was arrested. She was accused of treason, found guilty by a court-martial and sentenced to death.

Despite international pressure for mercy, she was shot by a German firing squad. Her execution received worldwide condemnation and extensive press coverage.

On 11 October, Baron von der Lancken allowed the execution to proceed. Sixteen men, forming two firing squads, carried out the sentence pronounced on her and on four Belgian men at the Tir national shooting range in Schaerbeek, at 7:00 am on 12 October 1915.

According to the eyewitness account of the Reverend Le Seur, who attended Cavell in her final hours, eight soldiers fired at Cavell. The night before her execution, she said, “Patriotism is not enough. I must have no hatred or bitterness towards anyone.”

Cavell, who was 49 at the time of her execution, was already notable as a pioneer of modern nursing in Belgium.

Featured Image: After a trial, at 07:00 on 12 October she is executed by firing squad / Image: via bbc.com