Muammar Gaddafi – The former leader of Libya executed in Sirte 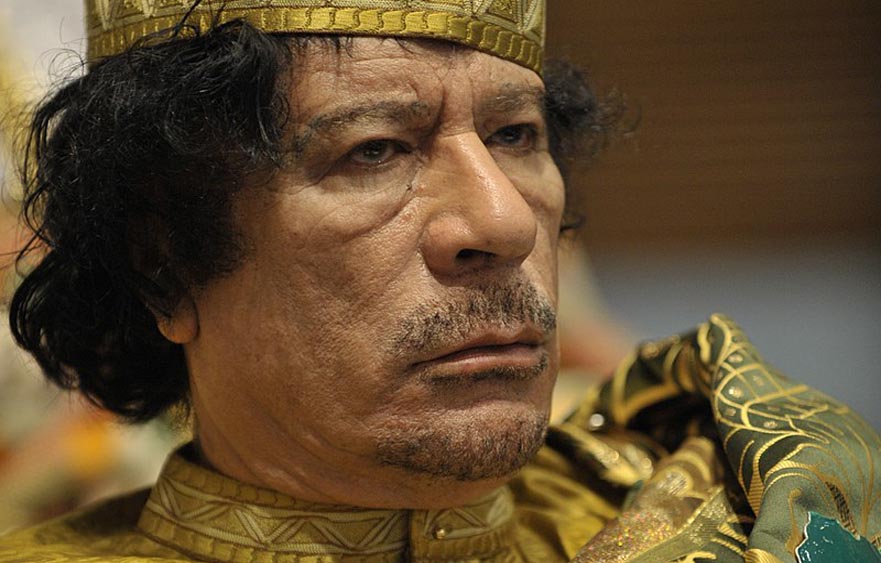 Muammar Gaddafi – The former leader of Libya executed in Sirte

Libyan politician dominated Libya’s politics for four decades and was the subject of a pervasive cult of personality. He was decorated with various awards and praised for his anti-imperialist stance. Conversely, many Libyans strongly opposed his social and economic reforms. He was condemned by many as a dictator whose authoritarian administration systematically violated human rights and financed global terrorism.

Ιn the Libyan civil war, after the fall of Sirte to forces of the opposition National Transitional Council (NTC) Gaddafi and other members of the government attempted to flee. On 20 October 2011, Gaddafi, his army chief Abu-Bakr Yunis Jabr, his security chief Mansour Dhao, and a group of loyalists attempted to escape in a convoy of 75 vehicles.

The NATO bombing and the rebel units on the ground immobilized much of the convoy. Gaddafi was found hiding in a culvert west of Sirte and captured by National Transitional Council forces.

A graphic video of his last moments show rebel fighters beating him and one of them sodomizing him with a bayonet before he was shot several times as he pleaded for his life. His semi-naked, lifeless body was then placed into an ambulance and taken to Misrata.