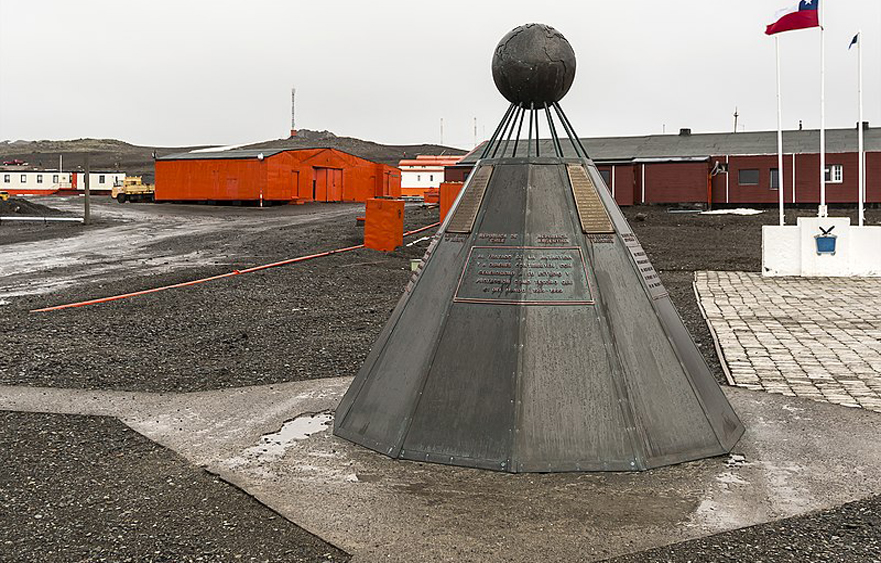 It stands near the Frei, Bellingshausen and Escudero research stations on the Fildes Peninsula of King George Island in the South Shetland Islands of Antarctica.

The monument was designed and built by American Joseph W. Pearson and offered to Chile. It commemorates the signatories of the Antarctic Treaty, which was opened for signing in 1959 and came into force in 1961.

The Antarctic Treaty, regulate international relations with respect to Antarctica, Earth’s only continent without a native human population. The treaty sets aside Antarctica as a scientific preserve, establishes freedom of scientific investigation, and bans military activity on the continent. The treaty was the first arms control agreement established during the Cold War.