The Original Peace Symbol in London 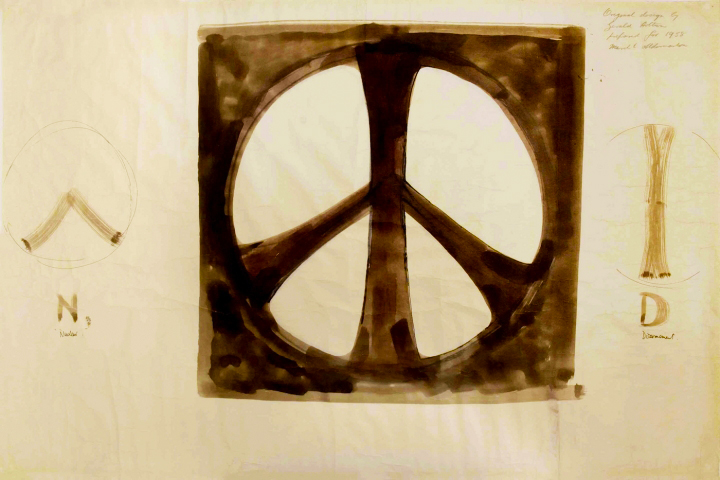 The Original Peace Symbol in London

The symbol now known internationally as the “peace symbol”, or alternatively as the nuclear disarmament symbol, or the CND symbol originates as a symbol representing the threat of nuclear annihilation used in British anti-nuclear activism from 1958. It was widely adopted in the US American anti-war movement in the 1960s and was re-interpreted as generically representing world peace.

The symbol was designed by Gerald Holtom for the British nuclear disarmament movement. Holtom, an artist and designer, presented it to the Direct Action Committee on 21 February 1958 where it was “immediately accepted” as a symbol for a march from Trafalgar Square, London, to the Atomic Weapons Research Establishment at Aldermaston in Berkshire on 4 April.