The first television demonstration in London 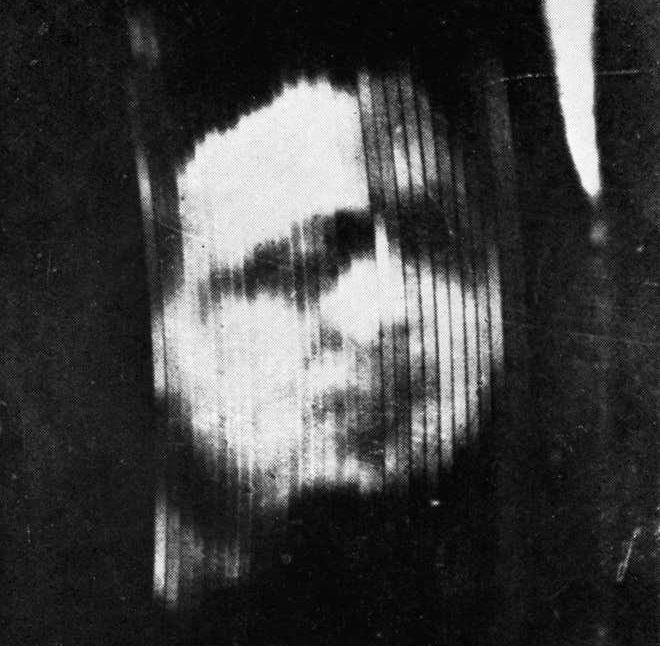 The first television demonstration in London

John Logie Baird successfully transmitted the first television picture with a greyscale image, the head of a ventriloquist’s dummy nicknamed “Stooky Bill” in a 30-line vertically scanned image, at five pictures per second. Baird went downstairs and fetched an office worker, 20-year-old William Edward Taynton, to see what a human face would look like, and Taynton became the first person to be televised in a full tonal range.

The first known photograph of a moving image produced by Baird’s “televisor”, as reported in The Times, 28 January 1926.

On 26 January 1926, Baird repeated the transmission for members of the Royal Institution and a reporter from The Times in his laboratory at 22 Frith Street in the Soho district of London.

By this time, he had improved the scan rate to 12.5 pictures per second. It was the first demonstration of a television system that could broadcast live moving images with tone graduation.