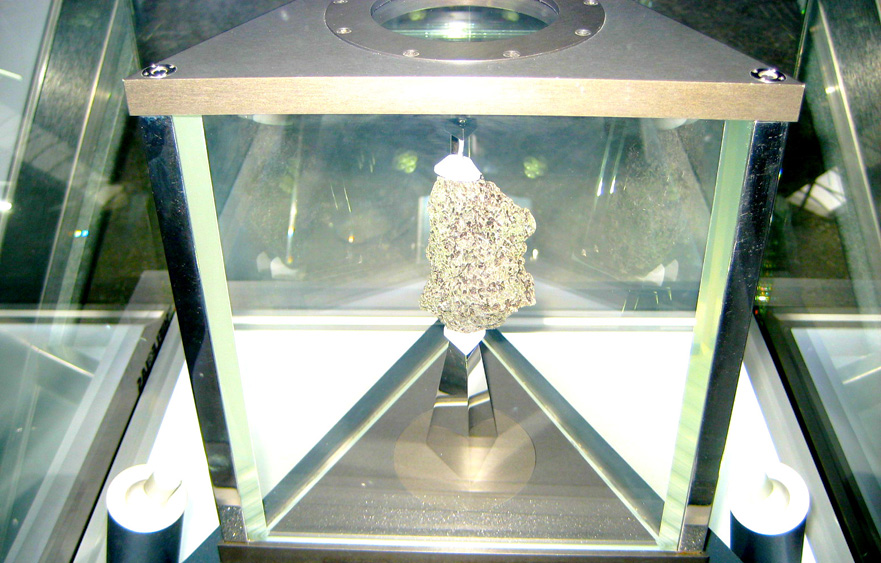 The moon rock was chipped off from a basalt boulder in the Hadley-Apennine landing site on 01 August 1971 by the Apollo 15 astronauts, David R. Scott and James B. Irwin.

A large panorama shows this location on the moon. The Technik Museum Speyer is the only museum in Germany exhibiting an original Apollo moon rock against a true-to-life backdrop.

Apollo 15 was the ninth crewed mission in the United States’ Apollo program, and the fourth to land on the Moon. It was the first J mission, with a longer stay on the Moon and a greater focus on science than earlier landings.

The mission began on July 26, 1971, and ended on August 7, the lunar surface exploration taking place between July 30 and August 2. Commander David Scott and Lunar Module Pilot James Irwin landed near Hadley Rille. They spent 18​1⁄2 hours on the Moon’s surface, and collected 75 – 80 kg of surface material.