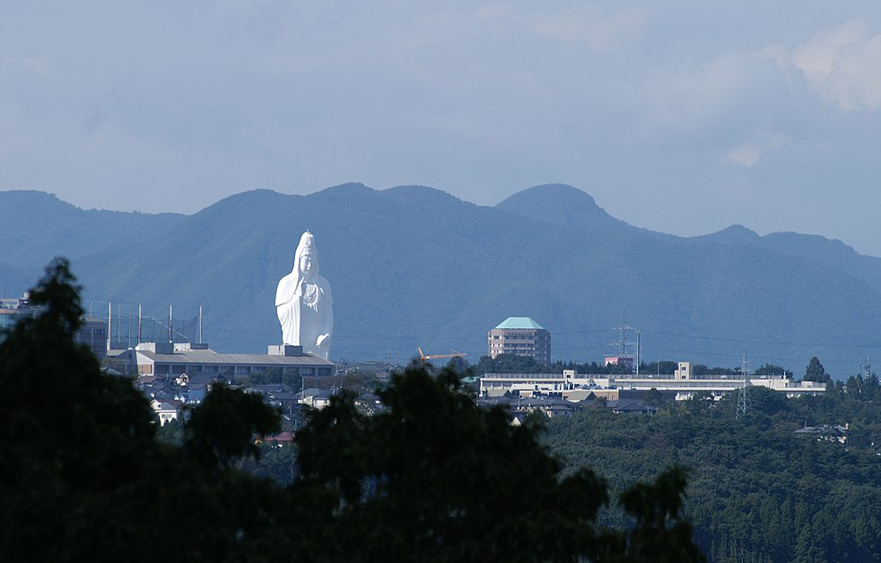 The statue depicts the Bodhisattva Kannon from Shingon Buddhism. This statue of Kannon bears the Nyoihōju wishing gem in her hand, which classifies her as a version of the Nyoirin Kannon (“Wish-fulfilling Kannon”) form of Kannon.

Inside on the first floor are many large statues of Buddha and mythical kings. Visitors take an elevator to the 12th level then walk down the stairs and ramps to the ground. At each level there are eight Buddha displayed in timber cabinets, 108 in all.