The death place of Buddha in Kushinagar 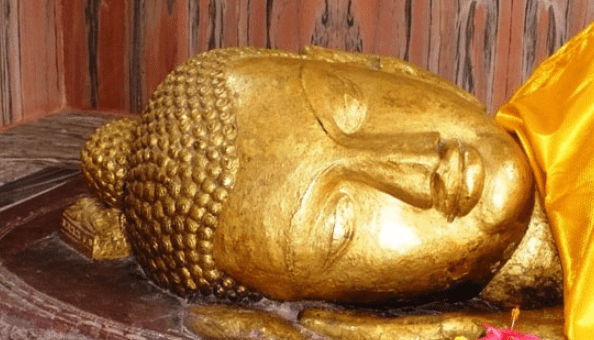 The death place of Buddha in Kushinagar

Parinirvana Stupa is a Buddhist temple which is said to be the death place of the founder of Buddhism. The British army engineer, archaeologist Alexander Cunningham gains the most attention for his work in the area, because he conclusively proved that Gautama Buddha had died in the area.

Cunningham noted the existence of a huge vaulted chamber which he dated no later than 637 AD with the reclining Buddha. The reclining The 6.1 meter long Buddha statue and temple were discovered and excavated, and were restored in March 1877. The statue was found broken and scattered into numberless fragments was entirely reconstructed and the temple also repaired.

The temple was built by the Indian Government in 1956 as part of the commemoration of the 2,500th year of Buddhist Era.