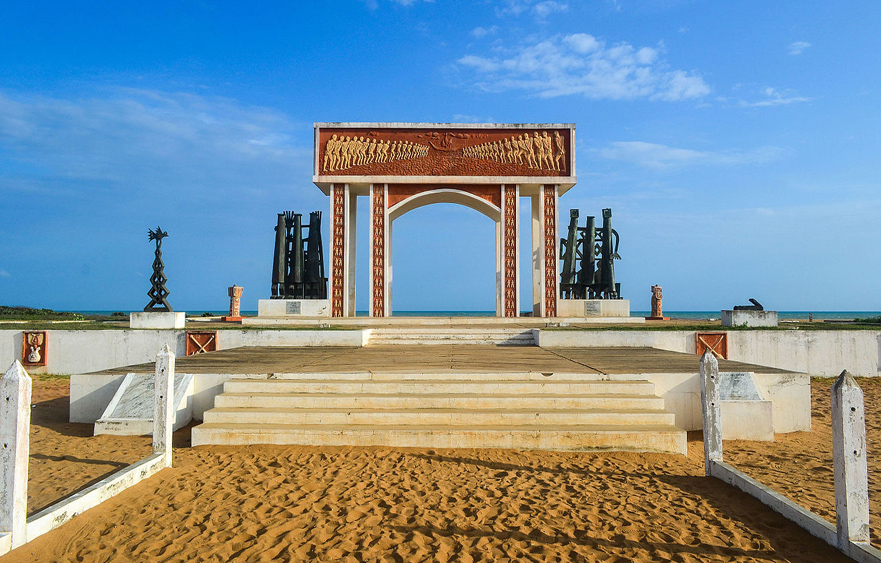 They were marched in chains from the town’s slave market to the nearby port, where they would board ships to unknown destinations, the majority of them never to return.

The massive slave trade in Benin was a cooperative effort between African rulers and private merchants. For most of them, the beach at Ouidah was the last sight of Africa they would ever see.

Several artists and designers collaborated with the architect, Yves Ahouen-Gnimon, to realize t he project. The columns and bas-reliefs are by beninese artist Fortuné Bandeira, the freestanding Egunegun are by Yves Kpede and the bronzes are by Dominque Kouas Gnonnou.