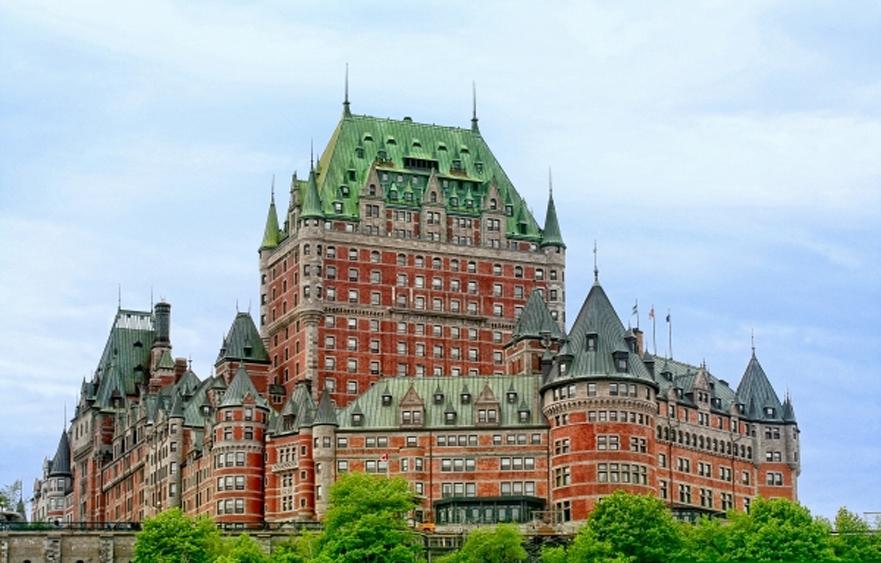 The hotel is situated in Old Quebec, within the historic district’s Upper Town. The Château Frontenac was completed in 1893, and was designed by American architect Bruce Price and overseen by William Van Horne, the Canadian Pacific Railway’s general manager and a key developer of the Canadian railway hotel system.

The hotel was named after Louis de Buade, Count of Frontenac, who was the Governor General of New France from 1672 to 1682, and again from 1689 to 1698. The building stands 80-metre-tall, 18 floors and includes 611 guest rooms and suites. After the addition of the tallest tower in 1924, the hotel became the tallest building in Quebec City. It remained the city’s tallest building until 1930.