The mine of memories in Porto Flavia 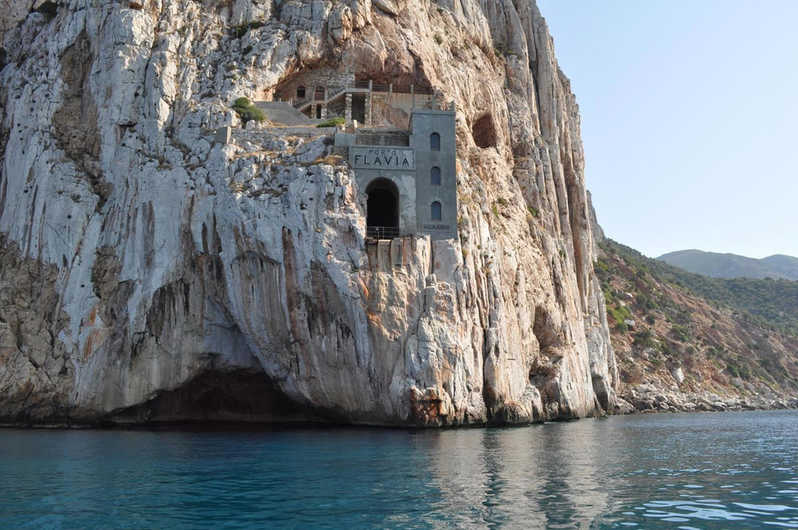 The mine of memories in Porto Flavia

Sea harbor built in 1923–24, it served as the mineral production hub of Masua in the west coast of the Sardinian Iglesiente area. It is named after Flavia Vecelli, the daughter of Cesare Vecelli, who engineered and designed the harbor. The harbor’s characteristics make it unique in the world, and at the time of its construction it was an outstanding engineering feat.

A special crew of miners expert in explosives and rock climbing was assembled. They worked in shifts, day and night, to complete the excavations in record time. Because the tunnel was without angles or trenches, the usual technique for dynamite-drilling was impossible. Instead, small cavities were excavated at regular distances to allow the workers to gain cover after igniting explosives. They are still visible in the guided tour.

Construction took only two years, a remarkably short period of time for a work of that size. The ends of the tunnels facing the sea were adorned with concrete towers and decorative nameplates. They were not necessary to the operation, but were asked to be constructed by the owner of the company as a mark of prestige.