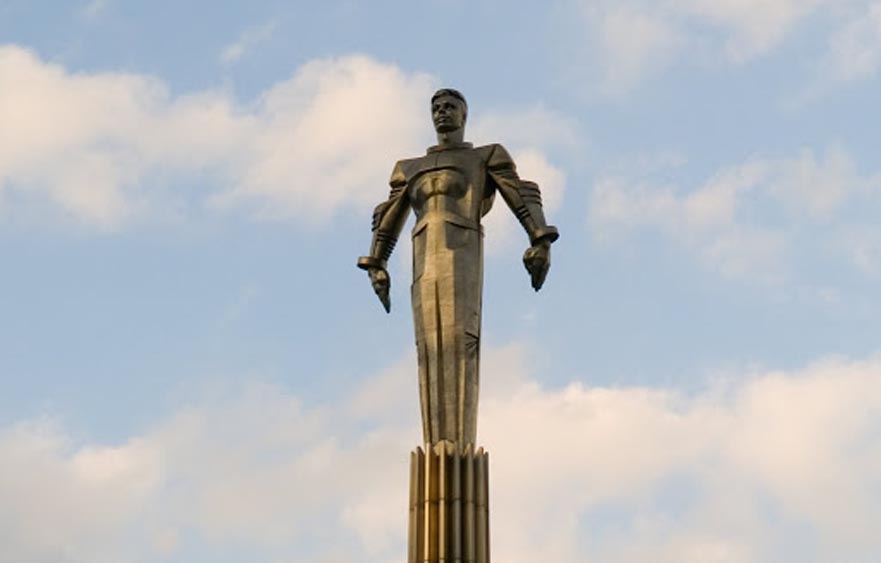 The statue is made of titanium, a metal often used in spacecraft, and weighs 12 tons. Monument to Yuri Gagarin is a 42.5-meter high pedestal and statue of Yuri Gagarin, the first person to travel in space. The pedestal is designed to be reminiscent of a rocket exhaust.

The monument was built for the 1980 Olympic Games. It stands in Gagarin Square on Leninsky Avenue. The creators of the monument are the sculptor Pavel Bondarenko, architects Yakov Belopolsky, F.M. Gazhevsky, and designer A.F. Sudakov. The statue creators turned to the specialists at the All-Russian Institute Of Aviation Materials for help, who recommended the sculpture use the titanium casting alloy VT5L, which has a shiny surface and acceptable color. The titanium sculpture of Yuri Gagarin was assembled from 238 cast segments, which were connected with bolts and welding.

At the foot of the monument is a copy of the Vostok descent vehicle, which was flown on April 12, 1961, when Yuri Gagarin made the first crewed flight into space. The inscription at the base of the monument reads in Russian: On April 12, 1961, the Soviet space ship Vostok with a man on board flew around the globe. The first person to penetrate into space is a citizen of the Union of Soviet Socialist Republics, Yuri Gagarin.