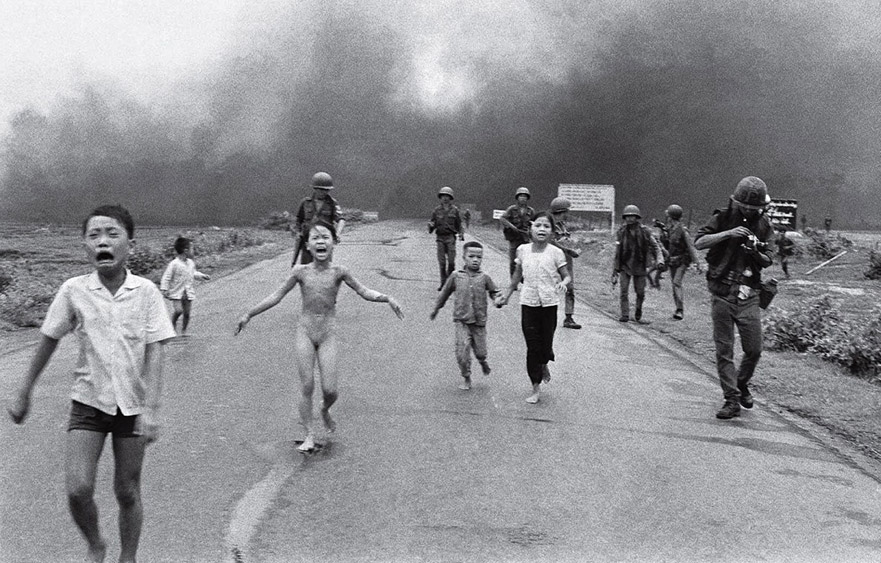 On June 8, 1972, South Vietnamese planes dropped a napalm bomb on Trảng Bàng, which had been attacked and occupied by North Vietnamese forces. Kim Phúc joined a group of civilians and South Vietnamese soldiers who were fleeing from the Caodai Temple to the safety of South Vietnamese-held positions. The Republic of Vietnam Air Force pilot mistook the group for enemy soldiers and diverted to attack.

Kim Phúc received third degree burns after her clothing was burned by the fire. Associated Press photographer Nick Ut’s photograph of Kim Phúc running naked amid other fleeing villagers, South Vietnamese soldiers and press photographers became one of the most haunting images of the Vietnam War.