Cloth Hall – The center of culture and commerce in Krakow 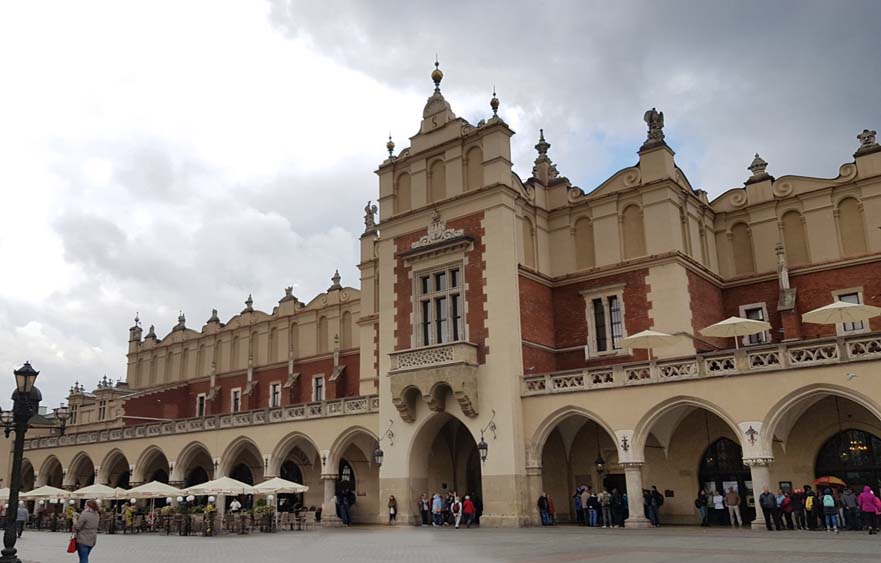 Cloth Hall – The center of culture and commerce in Krakow

Dates to the Renaissance and is one of the most recognizable icons. It is the central feature of the main market square in the Krakow Old Town. It was once a major center of international trade. Traveling merchants met there to discuss business and to barter.

On the upper floor of the hall is the Sukiennice Museum division of the National Museum, Krakow. It holds the largest permanent exhibit of 19th-century Polish painting and sculpture.

The 15th century, the hall was the source of a variety of exotic imports from the east – spices, silk, leather and wax – while Krakow itself exported textiles, lead, and salt from the Wieliczka Salt Mine.

Krakow was Poland’s capital city. Its decline started with the move of the capital to Warsaw at the end of the 16th century and was hastened by wars and politics leading to the Partitions of Poland at the end of the 18th century. In 1870 the successful renovation of the Cloth Hall, based on design by Tomasz Pryliński and supervised by Mayor Mikołaj Zyblikiewicz, Sejm Marshal, was one of the most notable achievements of this period.