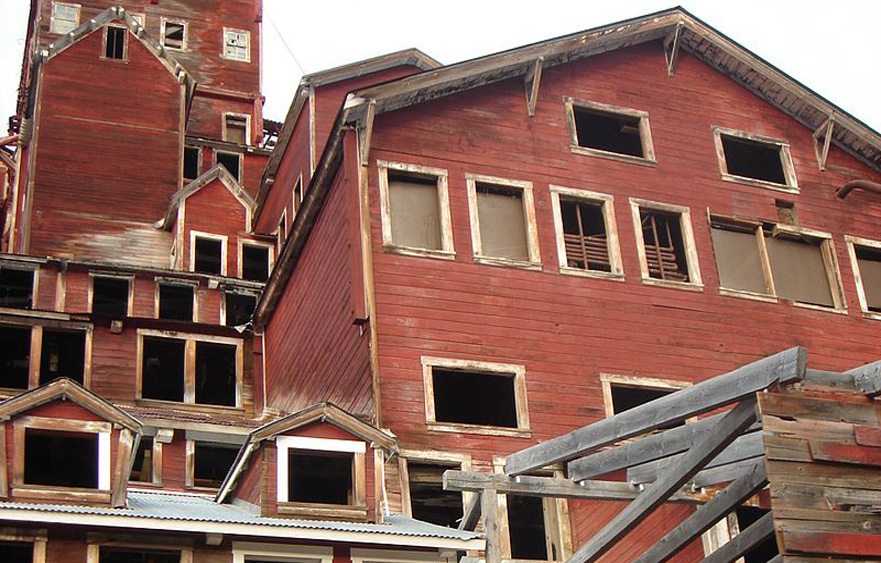 In the summer of 1900, prospectors Clarence Warren and Jack Smith were exploring Kennecott Glacier and came across the richest concentration of copper ore ever discovered. The samples they collected from Bonanza Peak’s magnificent green cliffs of exposed copper revealed up to 70% of pure chalcocite.

In 1903, Kennecott became a bustling mining camp filled with miners and their families. At the peak of operation, approximately 300 people worked in the mill town and 200-300 in the mines. Kennecott was a self-contained company town that included a hospital, general store, school, skating rink, tennis court, recreation hall, and dairy.

By the late 1920s, the supply of high-grade ore was diminishing, and Kennecott Copper Corporation was diversifying into other North American and Chilean mines. Declining profits and increasing costs of railroad repairs led to the eventual closure of the Kennecott operation by 1938.

Many of the buildings in Kennecott have been abandoned for decades. A few buildings have been rehabilitated for modern use. Several other buildings have received repairs to roofs, foundations, and walls. Today, Kennecott is a popular tourist attraction.