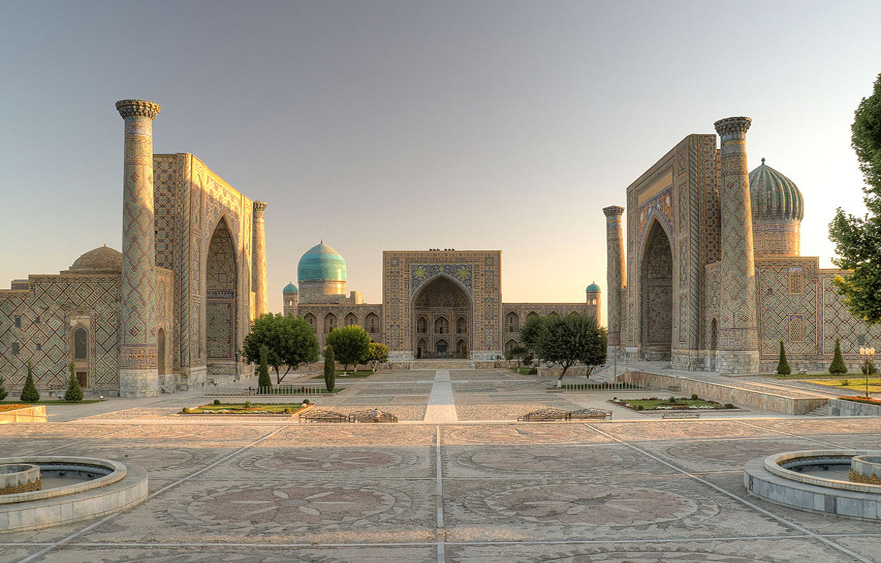 The name Rēgistan means “sandy place” or “desert” in Persian. The Registan was a public square, where people gathered to hear royal proclamations and a place of public executions. It is framed by three Islamic schools of distinctive Islamic architecture. The Ulugh Beg Madrasah (1417–1420), the Tilya-Kori Madrasah (1646–1660) and the Sher-Dor Madrasah (1619–1636).

Tilya-Kori Madrasah was built ten years later. It was not only a residential college for students, but also played the role of grand mosque.

To the east of the Tilya-Kori Madrasah, the mausoleum of Shaybanids. The ancient trading dome Chorsu is situated right behind the Sher-Dor. Chorsu, is a domed, hexagonal building southeast of the Registan at the intersection of the roads connecting Samarkand, Tashkent, Bukhara, and Shahrisabz. Chorsu is a word of Persian origin meaning “crossroads,” referring to this intersection.