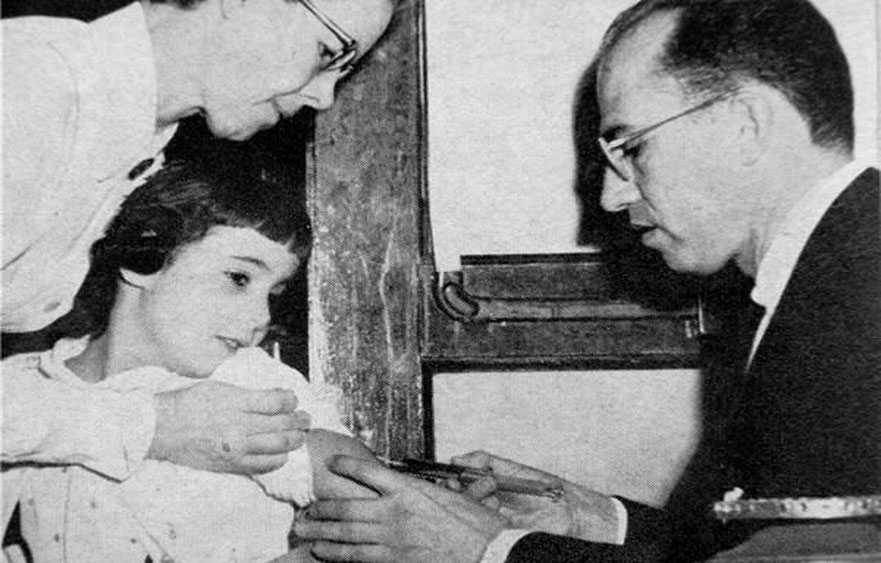 Polio was considered one of the most frightening public health problems in the world until 1955 when the Salk vaccine was introduced, and epidemics were increasingly devastating in the post-war United States.

Jonas Edward Salk was an American physician, medical researcher and virologist who developed one of the first successful polio vaccines. He was born in New York City and attended the City College of New York and New York University School of Medicine, later choosing to do medical research instead of becoming a practicing physician.

“Salk’s Virus Research Laboratory was in the basement of the building then known as the Municipal Hospital for Contagious Diseases. The hospital was built by the City of Pittsburgh in 1941 on land given to it by the University. In 1947, when Salk was recruited to Pitt School of Medicine, arrangements were made for him to build his laboratories in the hospital basement, where he assembled the core research team responsible for developing the vaccine.

Salk’s polio vaccine is on the World Health Organization’s List of Essential Medicines, the safest and most effective medicines needed in a health system.

“The Shot Felt ‘Round the World” Trailer