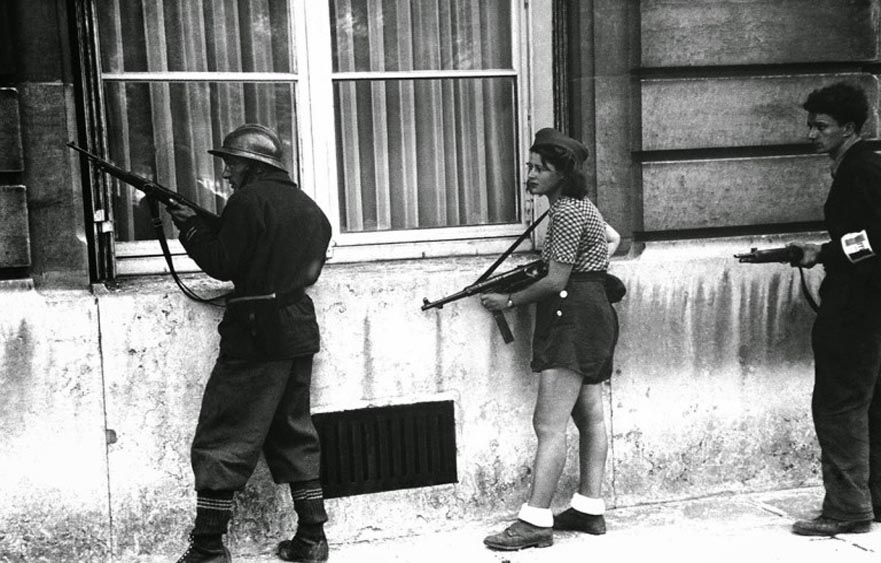 Also known as Nicole Minet, was young French Résistance fighter during the war. She had come from Chartres to help liberate the capital on August 19, 1944. Simone Segouin served in the Francs-Tireurs et Partisans group.

Her first mission was to steal a bicycle from a German military administrator. She succeeded, and the bike was re-sprayed so it could become Simone’s ‘reconnaissance vehicle’, allowing her to deliver messages and stake out targets. Soon, after demonstrating her prowess in covert weapons training, she was allowed to take part in dangerous combat missions.

Members of the French Resistance are photographed in the midst of battle against German troops. Α man on the left and a young man on the right. Then, most strikingly, a woman in shorts, a patterned top, and a military hat in the center. The photograph of this young female fighter would become a symbol of women’s involvement in the Resistance. This photograph was taken on 1 Rue de Constantine in Paris.