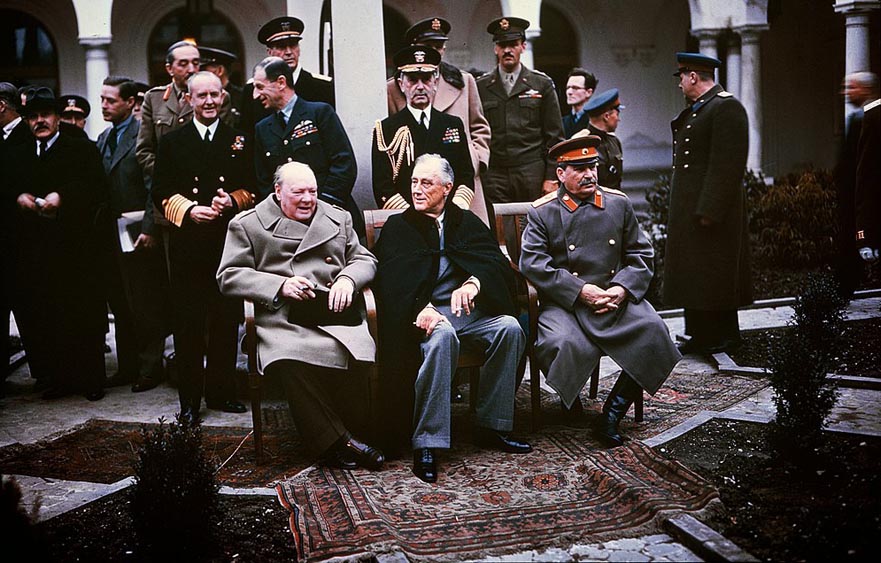 The World War II meeting of the heads of government of the United States, the United Kingdom, and the Soviet Union to discuss the postwar reorganization of Germany and Europe. The three states were represented by President Franklin D. Roosevelt, Prime Minister Winston Churchill, and Premier Joseph Stalin, respectively. The conference was held near Yalta in Crimea, Soviet Union, within the Livadia, Yusupov, and Vorontsov Palaces.

Yalta was the second of three major wartime conferences among the Big Three. It was preceded by the Tehran Conference in November 1943, and was followed by the Potsdam Conference in July 1945.