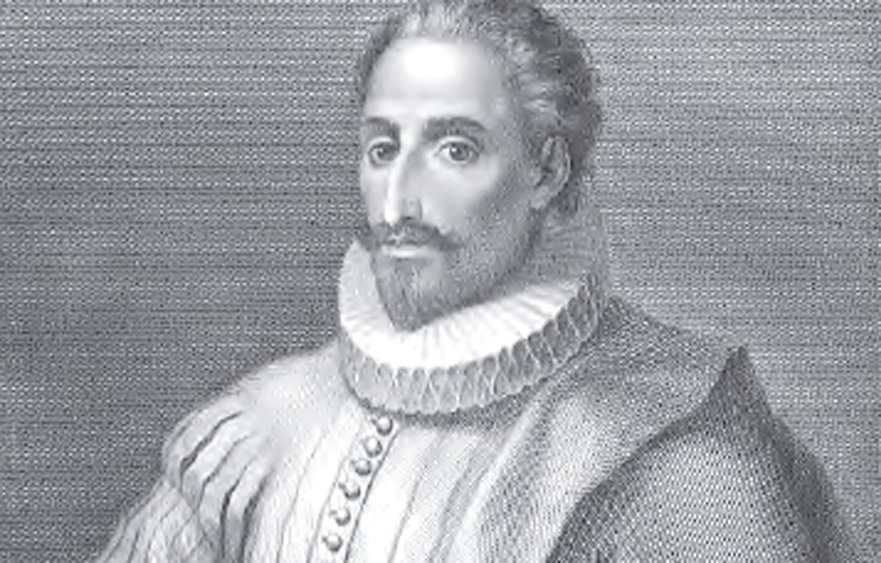 Spanish writer was born in 1547 in Alcala de Henares and moved to Rome 22 years later because he was involved in a duel and was sentenced to have his right hand amputated. He fought in the 1571 naval battle of Lepanto and was seriously injured. These injuries, two musket shots to the chest and one that crippled his left hand, helped investigators determine if the remains they found were really Cervantes’.

Cervantes died in 1616. In accordance with his will, was buried in the Convent of the Barefoot Trinitarians, in central Madrid. His remains went missing when moved during rebuilding work at the convent in 1673, and in 2014, historian Fernando de Prado launched a project to rediscover them.

In January 2015, Francisco Etxeberria, the forensic anthropologist leading the search, reported the discovery of caskets containing bone fragments, and part of a board, with the letters M.C. Based on evidence of injuries suffered at Lepanto, on 17 March 2015 they were confirmed as belonging to Cervantes along with his wife and others. They were formally reburied at a public ceremony in June 2015.