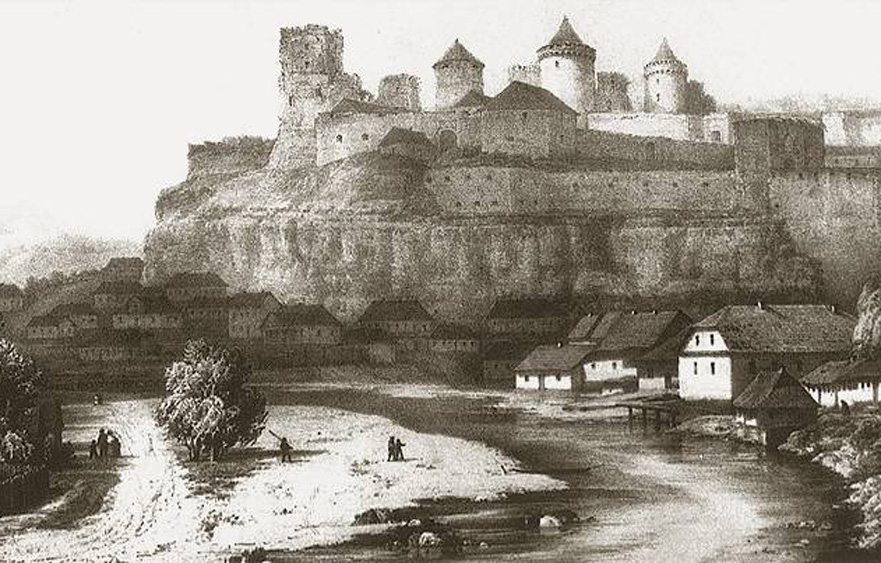 The castle was thought to have been founded during the second half of the 14th century, as the first accurate historical accounts of the castle date back to the mid-14th century, when most of the territories of western Rus’ were under control of the Grand Duchy of Lithuania.

Archaeological excavations during the 1960s, however, provided contrasting evidence suggesting that the castle might date back even earlier to the end of the 12th or the beginning of the 13th centuries.

Its location on a strategic transport crossroad in Podolia made the castle a prime target for foreign invaders, who rebuilt the castle to suit their own needs, adding to its multicultural architectural diversity.

The complex consists of the Old Town fortified by King Casimir IV, the Old Castle rebuilt by Kings Sigismund I and Stephen Báthory, and the New Castle founded by Kings Sigismund III and Władysław IV. The castle still forms a coherent architectural design, being one of the few medieval constructions in modern-day Ukraine that is relatively well preserved.