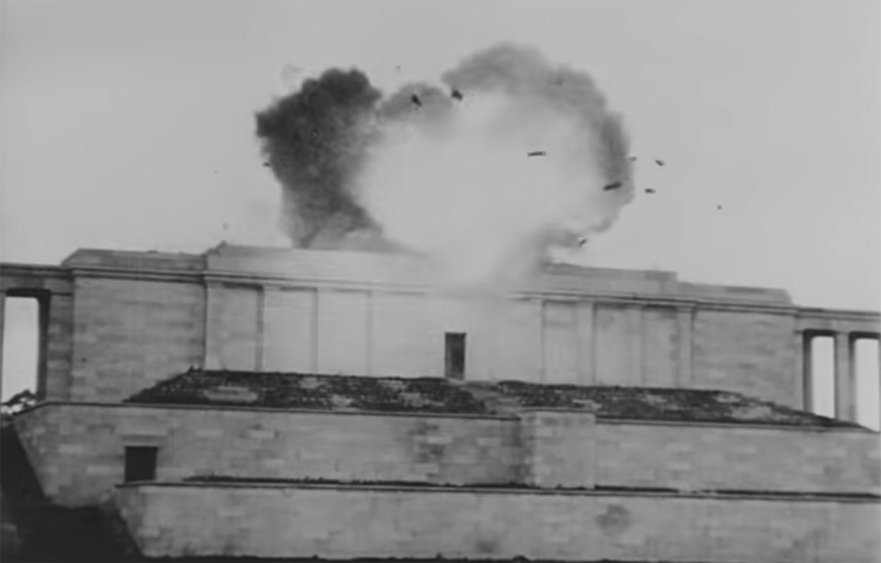 On April 22, 1945, a victorious U.S. Army destroyed a giant marble swastika that overlooked the Zeppelintribüne, Adolf Hitler’s most powerful pulpit, at the heart of the Nazi party rally grounds.

In 1934, Nazi architect Albert Speer constructed Zeppelinfeld stadium as part of the Nazi party rally grounds southeast of Nuremberg, Germany. At the front of the stadium was the famous Zeppelintribüne grandstand, atop it sat that massive swastika.

Just three days prior, the Army’s Third Division marched onto the stadium’s field, where five men were given the Medal of Honor for actions of valor in World War II, and the American flag was draped over the swastika.

⇒ Watch The end of svastika