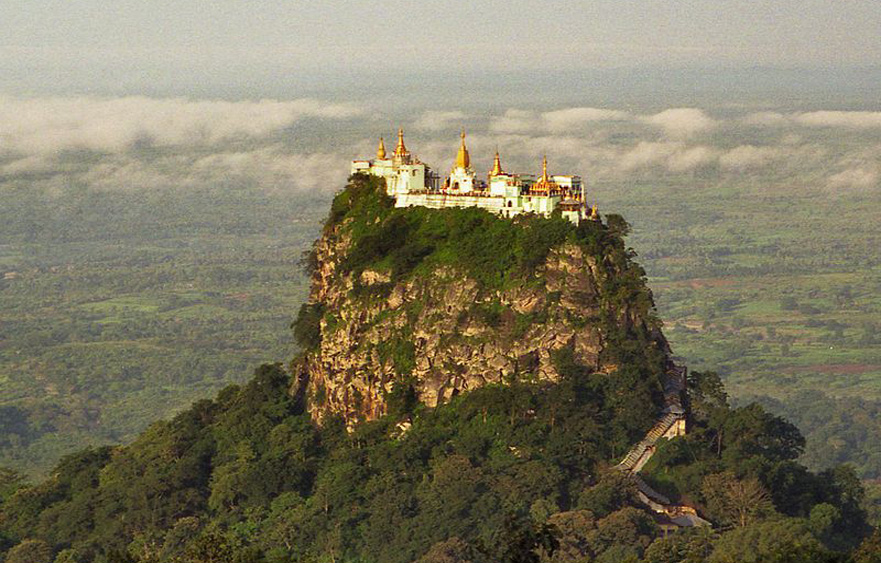 The complex is built on a tall volcanic plug, and is one of several prominent spiritual sites  in the vicinity of nearby Mount Popa. This rock formation was formed by geologic activity around Mount Popa.

The 777 steps leading up to the monastery were once maintained by U Khandi, a famous Burmese hermit. Mount Popa, an extinct volcano 1518 meters above sea level, located in Central Myanmar about 50 km southeast of Bagan in the Pegu. The site is perhaps best known around which many beautiful Buddhist monasteries. Popa, in Sanskrit means “flower”, this is considered the mountain sacred in Myanmar, residence of the gods Nat.