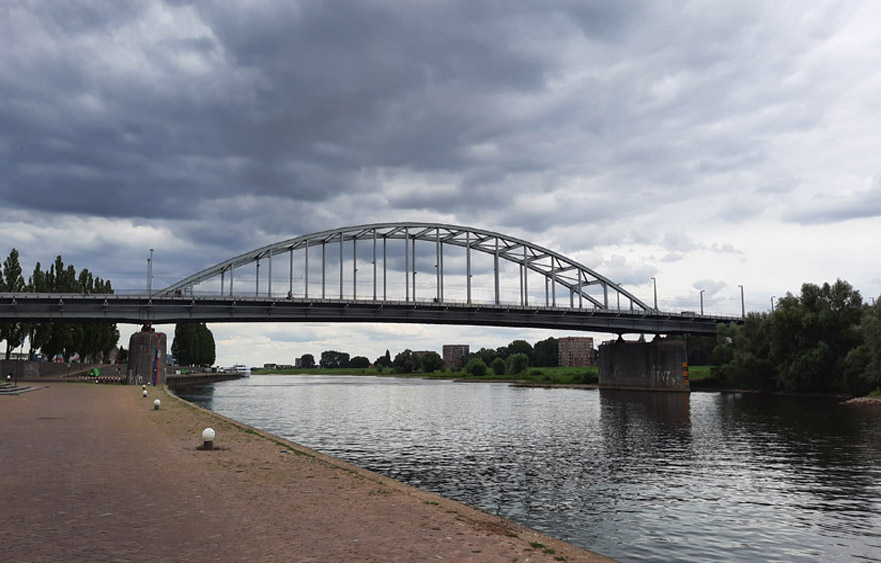 In September 1944 the Allies launched Operation Market Garden. Unexpected German resistance in Arnhem meant that only a small force of some 750 men were able to reach the northern end of the bridge, commanded by Lt-Colonel John Frost.

On the night of 17 September the British attempted to seize the southern end of the bridge, using a flame thrower to destroy German positions in the bridge’s towers. This accidentally ignited an ammunition store and caught fresh paint on the bridge, illuminating the area for most of the night and forcing the British to abandon their attempt.

The German forces in Arnhem eventually overwhelmed Frost’s men, though this took several days. Although the bridge survived the battle, it was bombed and destroyed by B-26 Marauders of the 344th Bomb Group on 7 October 1944 to prevent the Germans from using it to send reinforcements south of the river.

Featured Image: The bridge seen from the Rijnkade / Image: memolands.com