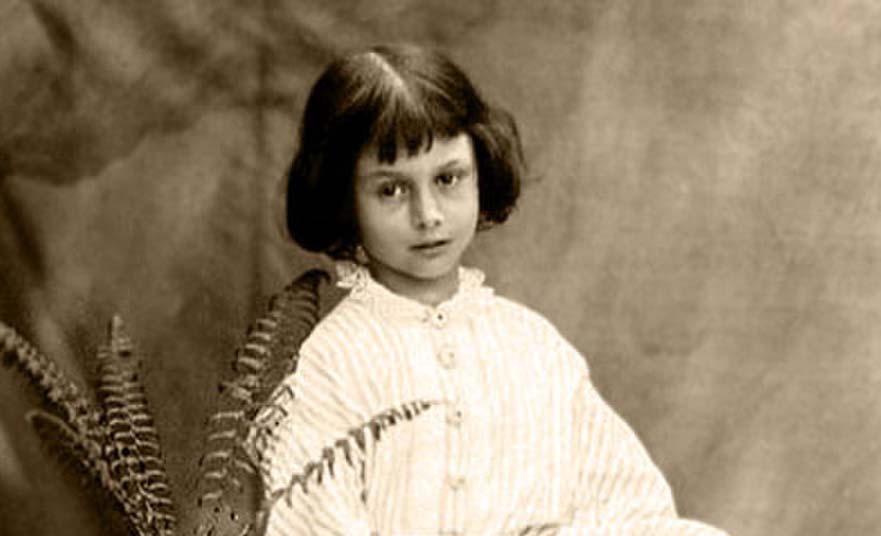 The heroine of the story was in her childhood, an acquaintance and photography subject of Lewis Carroll. She shared her name with “Alice”, but scholars disagree about the extent to which the character was based upon her.

On July 1862, in a rowing boat travelling for a picnic outing, 10-year-old Alice asked Charles Dodgson (Lewis Carroll) to entertain her and her sisters, Edith and Lorina, with a story. Dodgson regaled the girls with fantastic stories of a girl, named Alice, and her adventures after she fell into a rabbit-hole. The story was not unlike those Dodgson had spun for the sisters before, but this time Liddell asked Mr. Dodgson to write it down for her. He promised to do so but did not get around to the task for some months. He eventually presented her with the manuscript of Alice’s Adventures Under Ground in November 1864.

The fictional character was modeled after her. In the meantime, Dodgson had decided to rewrite the story as a possible commercial venture. Alice’s Adventures in Wonderland, was published in 1865, under the name Lewis Carroll.

After her death in 1934, her body was cremated at Golders Green Crematorium, with her ashes being buried in the graveyard of the church of St Michael and All Angels in Lyndhurst.