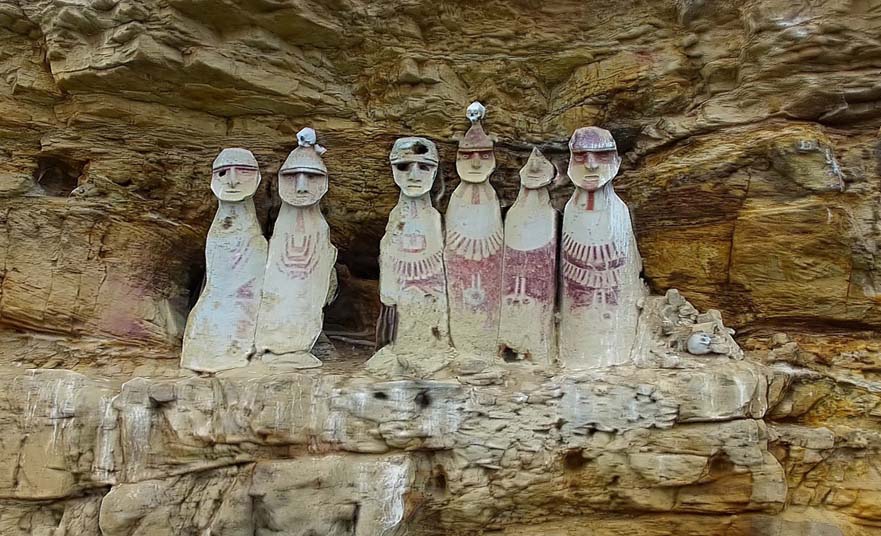 Their inaccessible location high above a river gorge has preserved them from destruction by looters. The Sarcophagi of Carajía consists of a group of seven sarcophagi. The eighth one collapsed probably during the earthquake of 1928, disappearing in the abyss.

They have been radiocarbon dated to the 15th century, coincident with the Inca conquest of the Chachapoya in the 1470s. The seven sarcophagi stand up to 2.5 meters tall, constructed of clay, sticks and grasses, with exaggerated jawlines.

The sarcophagi are of a type particular to the Chachapoya called purunmachus. The construction is painted white and overlaid with details of the body and adornment in yellow ochre and two red pigments, such as the feathered tunics and male genitalia visible on the Carajía purunmachus. The purunmachus of Carajía are unique because of the human skulls that sit atop their heads, visible in the photograph.