Thiruvalluvar monument – The statue of Valluvar in Kanyakumari 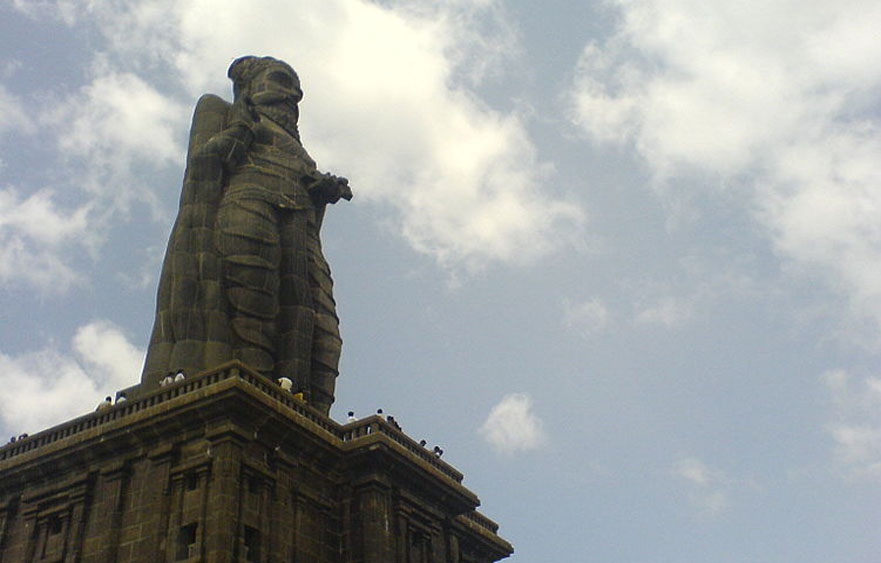 Thiruvalluvar monument – The statue of Valluvar in Kanyakumari

A 41 meter tall stone sculpture of the Tamil poet and philosopher, author of the Tirukkural, an ancient Tamil work on Dharmic and morality. It is located atop a small island on the southernmost point of the Indian peninsula on the Coromandel Coast, where two seas, the Bay of Bengal and the Arabian Sea and the Indian Ocean meet.

The statue was sculpted by the Indian sculptor V. Ganapati Sthapati, and was unveiled on the millennium day of 1 January 2000 by the then Chief Minister M. Karunanidhi.

The whole design signifies that wealth and love be earned and enjoyed on the foundation of solid virtue. The right hand of the statue with three fingers pointing skywards signifies the three cantos of the Kural text, namely, Aram, Porul, and Inbam (Virtue, Wealth, and Love, respectively), combined.

The stone work was divided among three workshops, in Kanyakumari, Ambasamudram and Shankarapuram. Ambasamudram contributed 5,000 tons of stones, while Shankarapuram was quarried for 2,000 tons of high quality granite stones for the outer portion of the statue. While the largest of the 3,681 stones weighed over 15 tons, the majority weighed three to eight tons. An interesting detail is the 19-foot-high face, with the ears, nose, eyes, mouth, forehead all made of individual stones carved by hand.