Guanyin of Nanshan – The three sided massive statue in Sanya 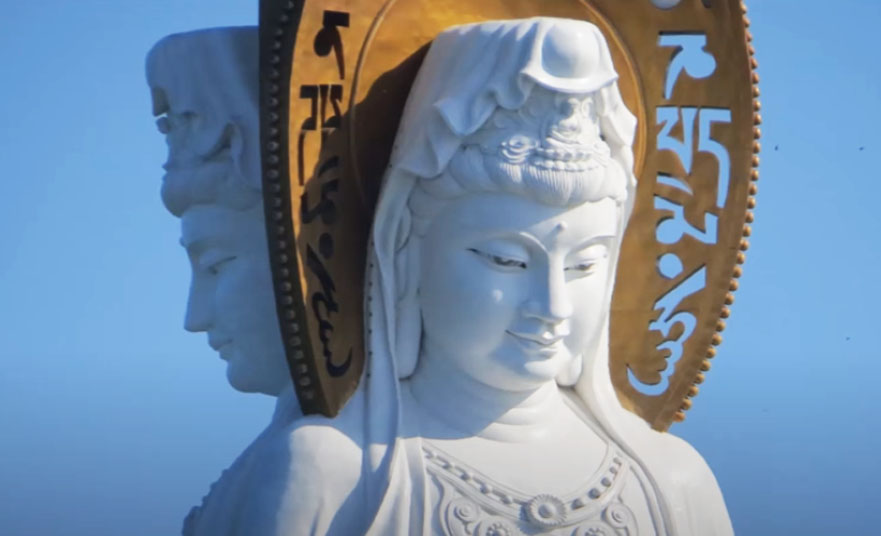 Guanyin of Nanshan – The three sided massive statue in Sanya

The 108-metre statue has three aspects: one side faces inland and the other two face the South China Sea, to represent blessing and protection by Guanyin of China and the whole world. One aspect depicts Guanyin cradling a sutra in the left hand and gesturing the Vitaraka Mudra with the right the second with her palms crossed, holding a string of prayer beads and the third holding a lotus.

Construction began in 1999 and finished in 2005. A concrete pedestal with three terraces was built for the statue. The religious figure was made mostly out of copper and is painted in white and gold. The base of the statue is connected to the avenue through a long bridge.