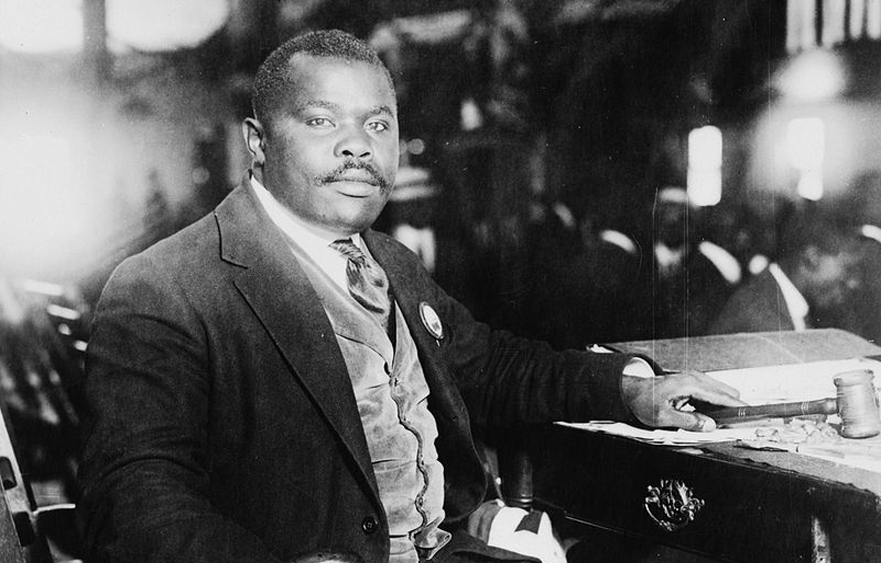 He was the founder and first President-General of the Universal Negro Improvement Association and African Communities League (UNIA), through which he declared himself Provisional President of Africa. He envisioned a unified Africa as a one-party state, governed by himself, that would enact laws to ensure black racial purity. His ideas came to be known as Garveyism.

Marcus Garvey, a Jamaican political activist, publisher, philosopher, journalist, entrepreneur, and orator, was born to a moderately prosperous Afro-Jamaican family in Saint Ann’s Bay, Jamaica and apprenticed into the print trade as a teenager.

A sign near the residence announces 32 Marcus Garvey Way to be the “site of the birthplace of the Rt Hon Marcus Mosiah Garvey”. On the concrete support of a small bust of Garvey is written: “His Excellency, The Honorable Marcus Mosiah Garvey, Born 17th August, 1887.

Crude steps carved out of the rock lead past the bust and to the house above and behind it. To the right of the bust and at street level there is a wall with Garvey’s picture and some of his sayings, donated by Noel Biggs and Ras Noah. One says: “No one knows when the hour of Africa’s redemption cometh, it is in the wind. It is coming. One day like a storm, it will be here. When that day comes, all Africa will stand together.”