Neretva Bridge – The bridge of Battle for the Wounded in Jablanica 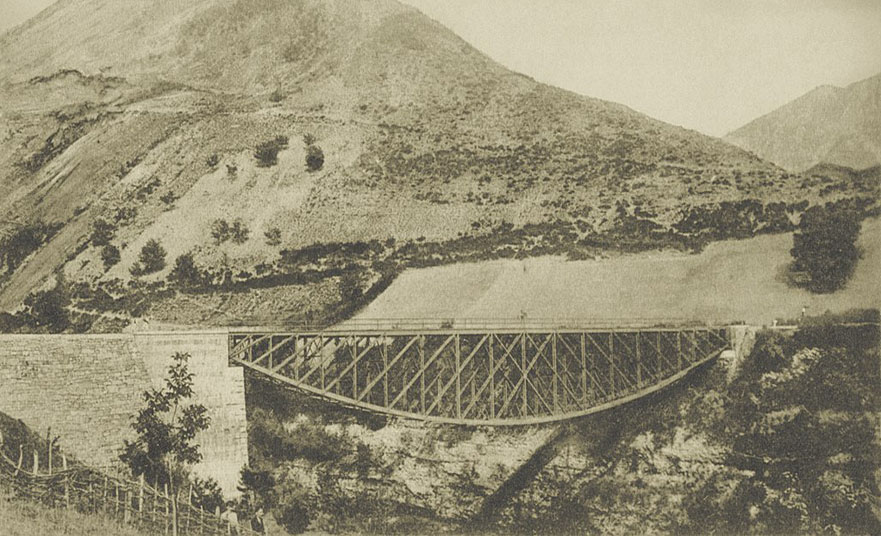 Neretva Bridge – The bridge of Battle for the Wounded in Jablanica

Bridge is part of the Memorial of the Battle on the Neretva dedicated to the famous World War II battle, fought between Yugoslav partisans and Axes forces, as part of the 4th Enemy Offensive in February-March 1943.

The bridge was built in 1888, with a linear grid and an inverted arch on the underside of the bridge. The arch range was 78 meters and the arch arrow was 10 meters. It was supported by stone-built walls on both banks.

Destroyed bridge on the Neretva was twice-built and twice-destroyed during its history, hence the structural deviation from the original.

Featured Image: Famous bridge’s original structure before it was blown up by Partisans / Image: via wikipedia.org