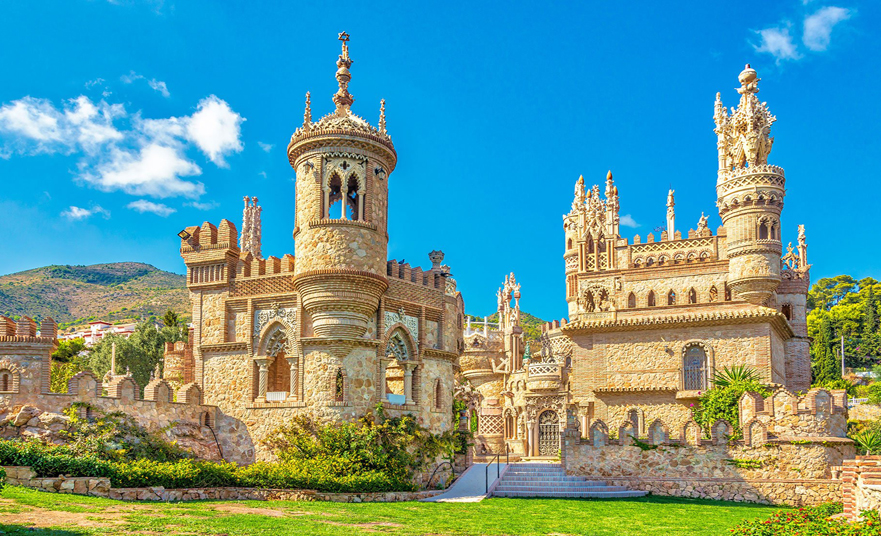 This construction was erected between 1987 and 1994 by Esteban Martín to pay tribute to Christopher Columbus and the Discovery of America.

The building mixes influences from different architectural styles such as Neo-Byzantine, Neo-Romanesque, Neo-Gothic and Neo-Mudejar that marked Spain culturally. The materials used are brick, concrete, natural stone and wood among others; in addition to the stained glass windows inside.

The monument presents various elements of the symbolism of the Catholic Monarchs, of the three cultures present in medieval Spain (Christianity, Judaism and Islam) and other elements of Columbus’s journey. It is worth noting the presence of a Chinese pagoda that symbolizes the original idea of ​​Columbus to reach the coasts of Asia.