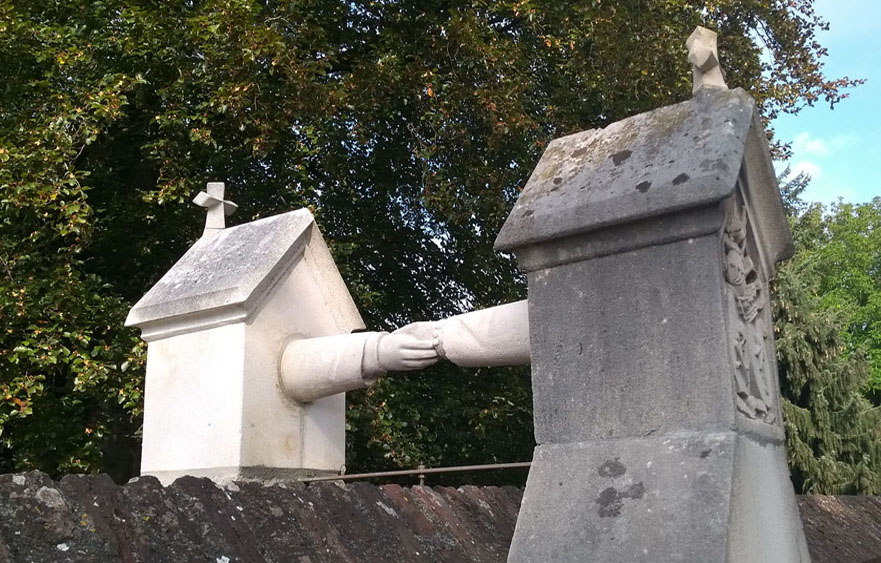 In a time where religion was the controlling force of many parts of the world, this couple was forced to be buried in separate graveyards just because they were practicing different religions.

They were married in 1842, the lady was 22 and the colonel 33, he was a protestant and didn’t belong to the nobility. J.W.C van Gorcum, colonel of the Dutch Cavalry, died in 1880 and was buried on the protestant part of the cemetery in Roermond, Netherlands. Εight years later his wife, lady J.C.P.H van Aefferden, passed away. Her last wish was not to be buried in the family tomb but on the other side of the wall, in the Catholic part, the closest she could get to her husband.