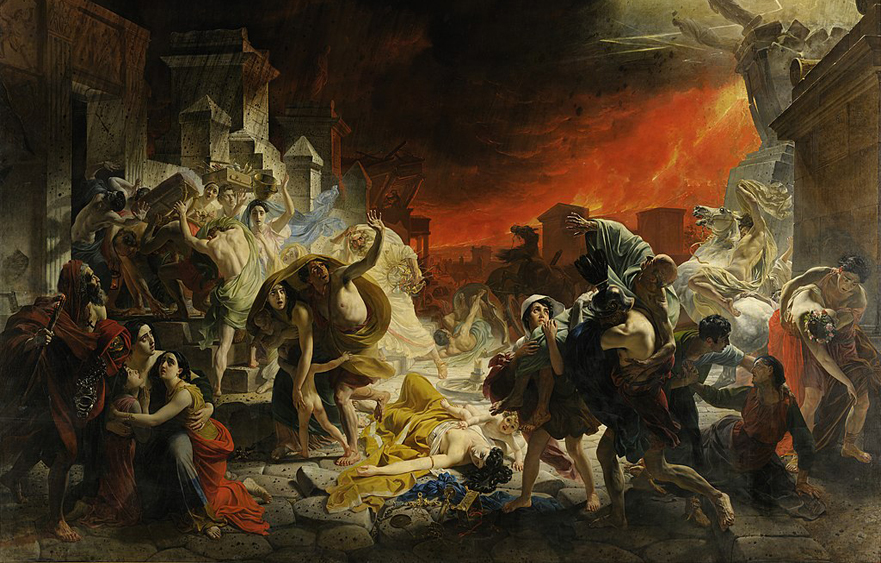 Its eruption in the late summer or autumn of 79 AD, was one of the deadliest in European history. Mount Vesuvius violently spewed forth a deadly cloud of super-heated tephra and gases to a height of 30 km, ejecting molten rock, pulverized pumice and hot ash at 1.5 million tons per second, ultimately releasing 100,000 times the thermal energy of the atomic bombings of Hiroshima and Nagasaki.

At the time, the region was a part of the Roman Empire, and several Roman cities were obliterated and buried underneath massive pyroclastic surges and ashfall deposits, the best known being Pompeii and Herculaneum.

The total population of both cities was over 20,000. The remains of over 1,500 people have so far been found at Pompeii and Herculaneum, but the total death toll from the eruption remains unknown.