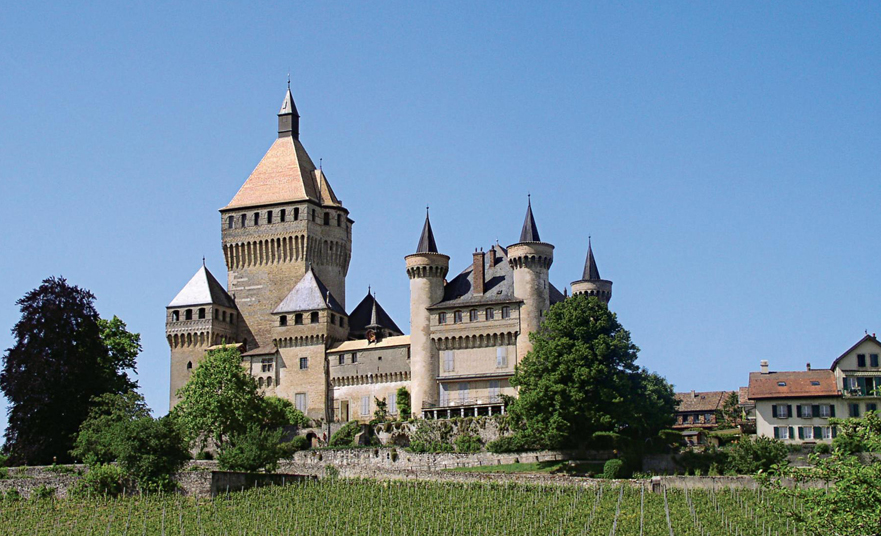 The castle was built between 1420 and 1430 under Henri de Colombier, advisor and confidante of Count Amadeus VIII of Savoy. De Colombier commissioned an Italian builder who used brick as a building material to build a representative residential palace. He was inspired by Piedmontese castle buildings.

After Henri de Colombier died, Vufflens Castle fell to his son Richard in 1438, who in turn passed it on to his descendants. The castle remained in the possession of this family until it became extinct with the death of Philibert de Colombier in 1544.

The most striking part of Vufflens Castle is the 60 m high square donjon. This is surrounded by four lower towers, which are connected to one another. The keep is separated from the adjoining residential building to the east by an inner courtyard. This too is flanked by four round corner towers. The castle is privately owned.

Featured Image: Vufflens Castle, one of the most important castles in western Switzerland / Image: via morges-tourisme.ch