Eduskuntatalo – The parliament house of Finland in Helsinki 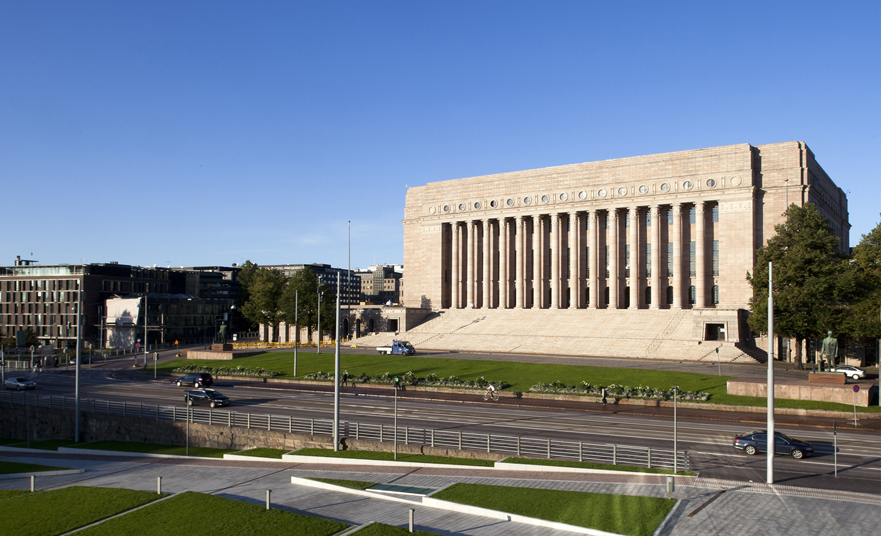 Eduskuntatalo – The parliament house of Finland in Helsinki

The building was constructed 1926–1931 and was officially inaugurated on March 7, 1931. Ever since then, and especially during the Winter War and Continuation War, it has been the scene of many key moments in the nation’s political life.

Johan Sigfrid Sirén designed Parliament House in a stripped classical architectural style combining Neoclassicism with early twentieth century modernism. The building has five floors, each of which is unique. The floors are connected by a white marble staircase. The façade is lined by fourteen columns with Corinthian capitals. The columns are made of red Kalvola granite.

Most important for visitors are the main lobby, the stately plenary chamber and the large reception hall.