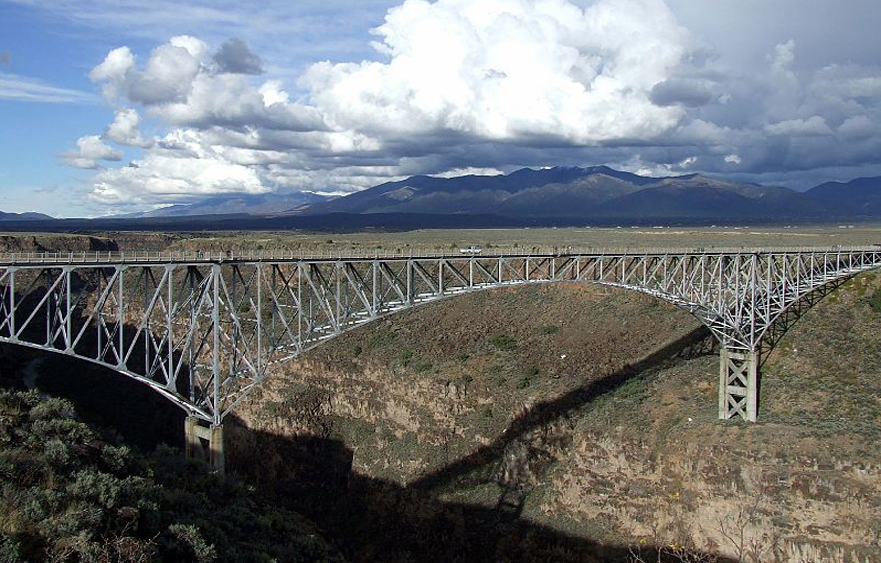 The bridge received the American Institute of Steel Construction’s award for “Most Beautiful Long Span Steel Bridge” of 1966. In 1997 it was placed on the National Register of Historic Places.

Over the years, the popularity of the bridge has often led to height exaggerations. Most sources have it between 185 meters and 215 meters high. The bridge is one of the most visited tourist attractions in the region with parking areas on both sides of the bridge.