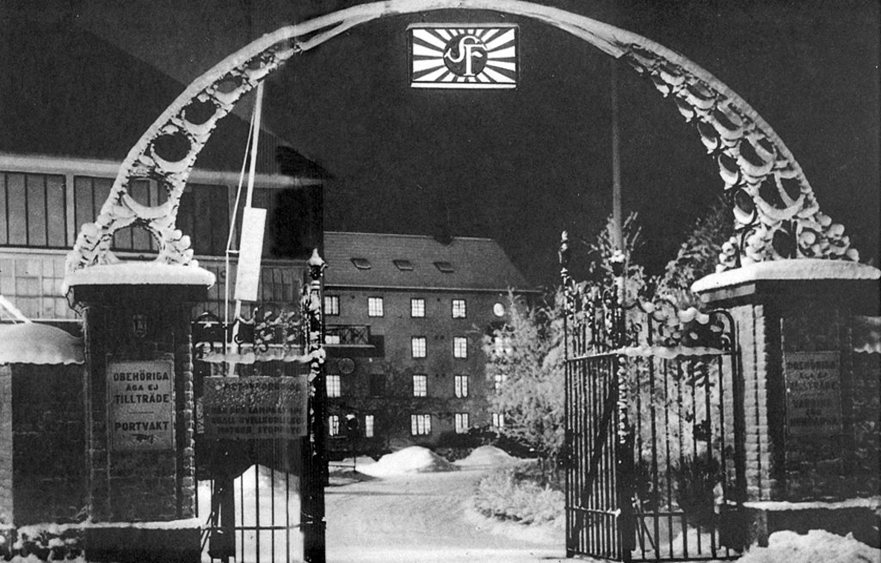 This marvelous ”Film City” was once one of the most modern film studios in Europe. It was built in 1920 on the basis of designs by Swedish architect Ebbe Crone. It was owned and operated by Svensk Filmindustri Studios, the main Swedish film producer at the time.

For more than half a century, this was the place where over 400 films were made – many of them belong today to the international film heritage. The first movie to be filmed at Filmstaden was The Phantom Carriage (Körkarlen, Fantasy film 1921) by director Victor Sjöström.

Ingmar Bergman made a string of films in the 50s that once again put Swedish film on the map of international cinema. Among these were Summer with Monika, Smiles of a Summer Night, The Seventh Seal and Wild Strawberries.

In 1969, Svensk Filmindustri left Filmstaden and the studios were used by small film producers. One of the last major films to partly have been filmed at Filmstaden was The Emigrants (Utvandrarna 1971) directed by Jan Troell.

Most of the buildings were quite well preserved until the beginning of the 21st century when Filmstaden had to make way for a housing development.