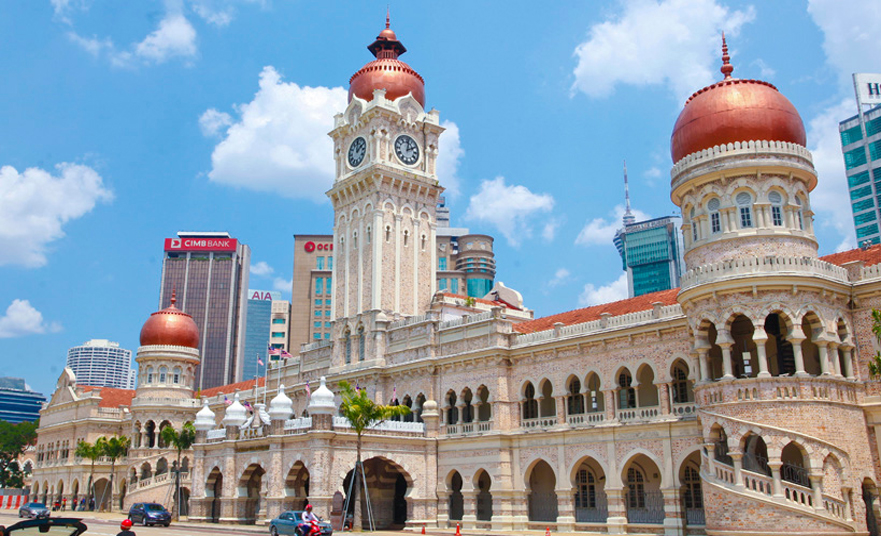 A late-nineteenth century building located in front of the Independence Square. The building originally housed the offices of the British colonial administration, and was known simply as Government Offices in its early years. In 1974 it was renamed after Sultan Abdul Samad.

The building was originally designed by A.C. Norman and his assistant R. A. J. Bidwell in a Classical Renaissance style. The construction of the building began in September 1894 and was completed in 1897. The foundation stone was laid on 6 October 1894 by the Governor of the Straits Settlements, Sir Charles Mitchell.

The 41-metre clock tower chimed for the first time to coincide with Queen Victoria’s Jubilee Parade in June 1897 and has chimed since.