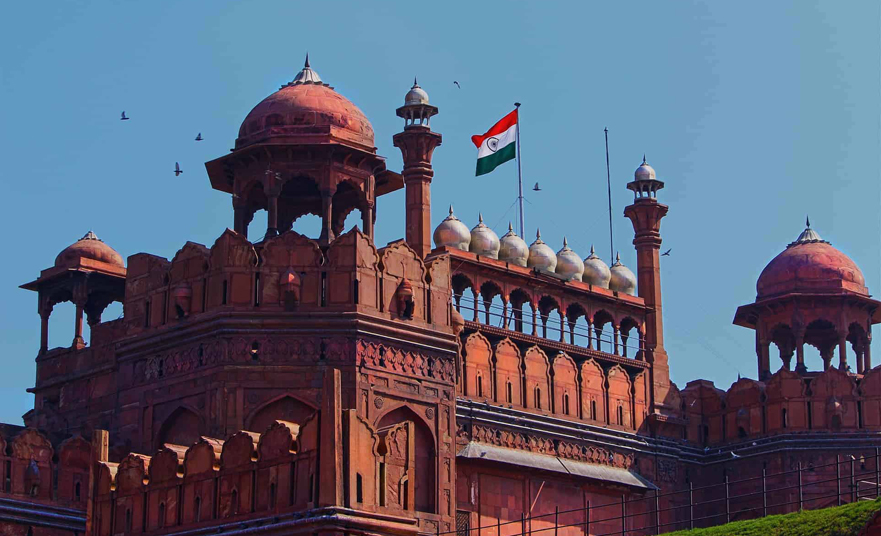 A historic fort that served as the main residence of the Mughal Emperors. Emperor Shah Jahan commissioned construction of the Red Fort on 12 May 1638, when he decided to shift his capital from Agra to Delhi. Originally red and white, its design is credited to architect Ustad Ahmad Lahori, who also constructed the Taj Mahal. It was constructed between May 1639 and April 1648.

The Red Fort has an area of 255 acres enclosed by 2.41 kilometers of defensive walls, punctuated by turrets and bastions that vary in height from 18 meters on the river side to 33 meters on the city side. The fort is octagonal, with the north–south axis longer than the east–west axis. The marble, floral decorations and the fort’s double domes exemplify later Mughal architecture.