Mrs. Edna Egbert – A lady fights with police in Brooklyn 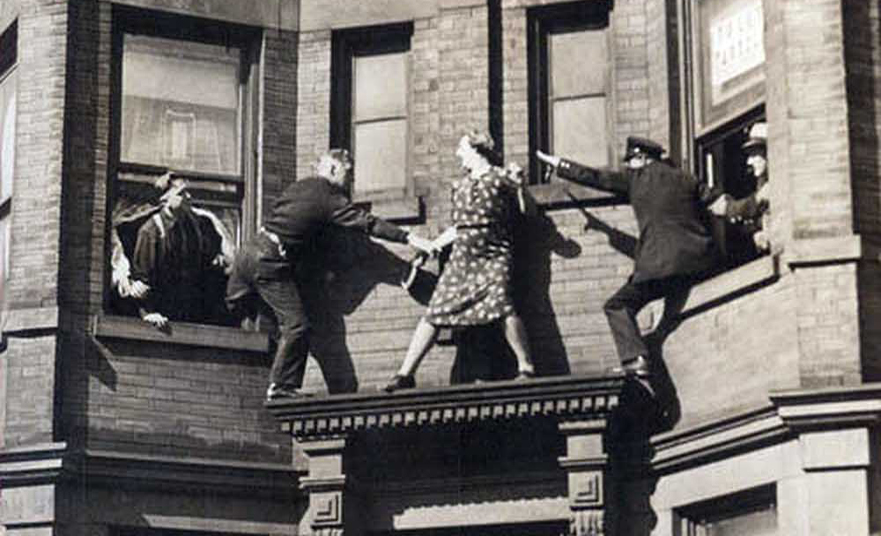 Mrs. Edna Egbert – A lady fights with police in Brooklyn

The lady in the picture was living in the building at the time. Mrs. Edna Egbert, had stood on the 2nd floor ledge of her apartment, telling passerbys she was going to jump to her death.

The first policeman to arrive on the scene, he kept the lady on her ledge by talking with her for 30 minutes or so until his fellow officers could rig up a net below her window ledge.

Meanwhile, a crowd of people gathered below on the street in front of the house, according to the Daily News, as officers Ed Murphy and George Munday tried to persuade her to go back into her building.

Finally, as one of the officers grabbed at her wrist, Mrs. Egbert took the leap, landing safely in the police net.