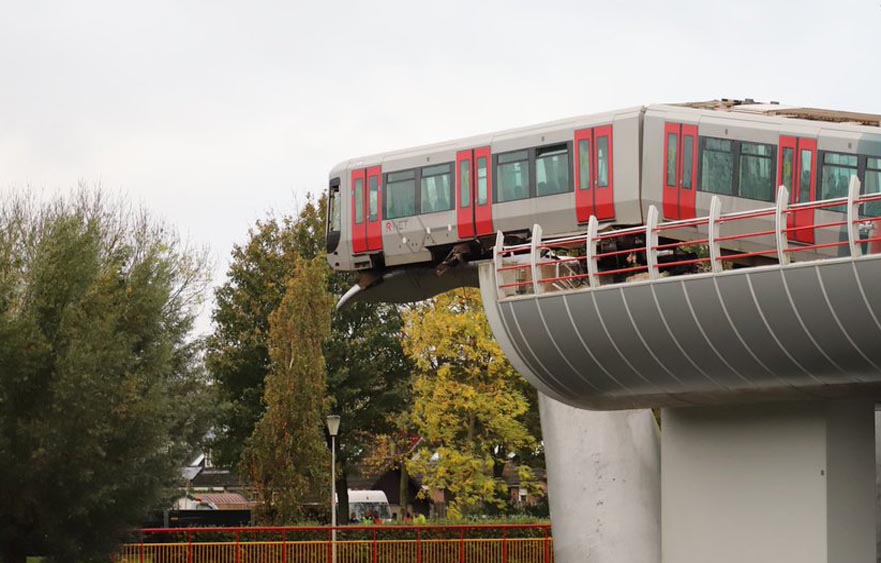 A subway train in the Netherlands was saved from a spectacular crash. The train burst through the buffers at the station, which is at the southernmost end of the Rotterdam metro system, and would have crashed more than 30 feet to the ground had it not landed on one of two whale tails installed by architect Maarten Struijs.

Struijs said he thought the tail, which is made of plastic, would have been damaged in the accident, “but that’s apparently not the case.” De Akkers is the most southwestern subway station of the Rotterdam Metro and is located in the Dutch city of Spijkenisse. The station, with one island platform, opened on 25 April 1985 as a terminus of the North-South Line.