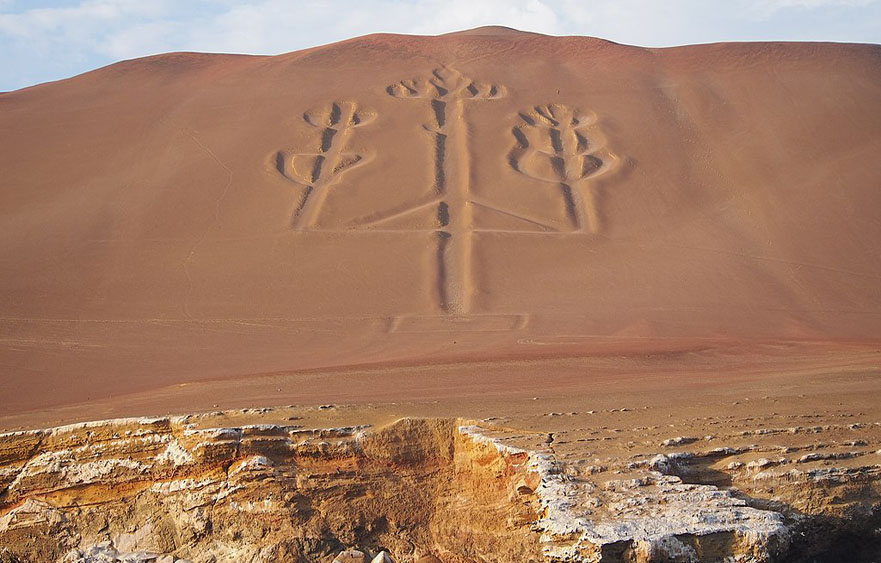 Also called the Candelabra of the Andes. The design is cut 61 cm into the soil, with stones possibly from a later date placed around it. The figure is 181 meters tall, large enough to be seen 19 km at sea. Some believe it represents the motif known as a Mesoamerican world tree.

Although the exact age of the Candelabra geoglyph is unknown, archaeologists have found pottery around the site dating to around 200 BCE. This pottery likely belonged to the Paracas people. It is not known if they constructed the geoglyph.

A variety of popular myths have arisen about the geoglyph: one attributes it to José de San Martín, a 19th-century leader in the fight for independence and yet another that sailors created it as a sign which they could view at sea for landfall.

It is thought most likely to represent the trident, a lightning rod of the god Viracocha. He was long an important figure in indigenous mythology throughout South America, both before and during the time of the Inca Empire.