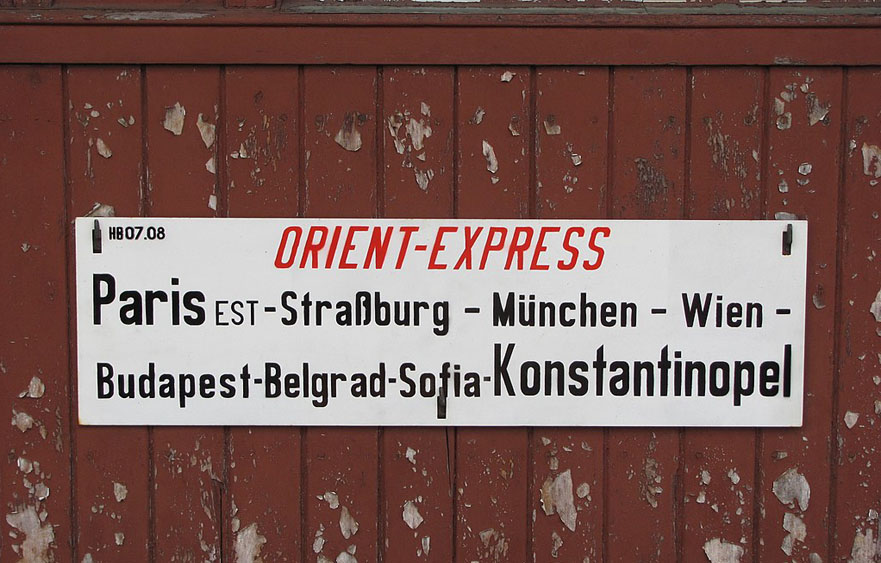 A long-distance passenger train service created in 1883 by Compagnie Internationale des Wagons-Lits. The Orient Express was a showcase of luxury and comfort at a time when travelling was still rough.

The route and rolling stock of the Orient Express changed many times. The original Orient Express was simply a normal international railway service, the name became synonymous with intrigue and luxury travel. The two city names most prominently associated with the Orient Express are Paris and Constantinople (Istanbul).

The original route, which first ran on October 4, 1883, departed from Gare de l’Est in Paris, France, with farewell music from Mozart’s Turkish March. The train was a project of Belgian businessman Georges Nagelmackers. The route passed through Strasbourg, Karlsruhe, Stuttgart, Ulm, and Munich in Germany, Vienna in Austria, Budapest in Hungary, Bucharest in Romania, Rousse and Varna in Bulgaria, ending in Sirkeci. The travel took 80 hours for the 3,094 kilometers. In 1977, the Orient Express stopped serving Istanbul.