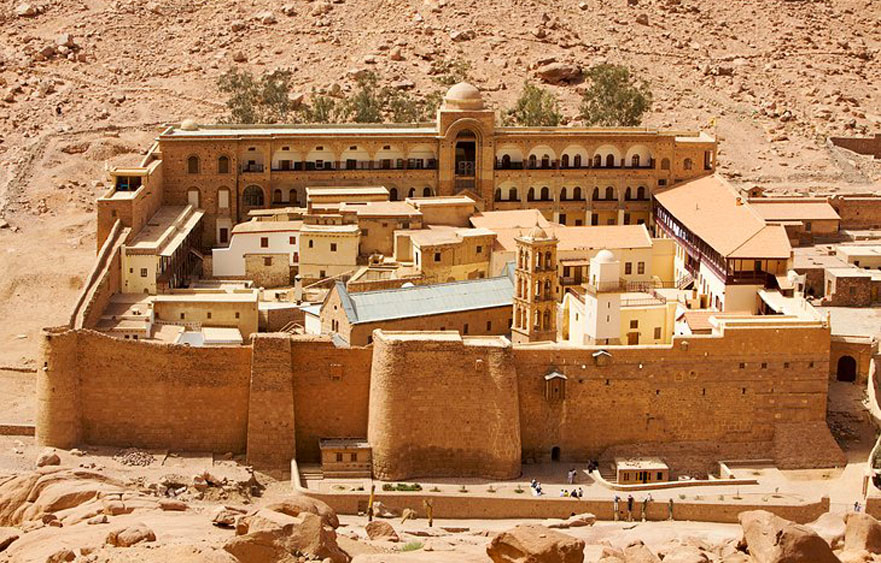 An Eastern Orthodox monastery is named after Catherine of Alexandria. The monastery is controlled by the autonomous Church of Sinai, part of the wider Greek Orthodox Church.

Built between 548 and 565, the monastery is one of the oldest working Christian monasteries in the world. The site contains the world’s oldest continually operating library, possessing many unique books.

The monastery was built by order of Emperor Justinian I. Structurally the monastery’s king post truss is the oldest known surviving roof truss in the world. The monastery is still surrounded by the massive fortifications that have preserved it. Until the twentieth century, access was through a door high in the outer walls. From the time of the First Crusade, the presence of Crusaders in the Sinai until 1270 spurred the interest of European Christians and increased the number of intrepid pilgrims who visited the monastery.

In May 1844 and February 1859, Constantin von Tischendorf (world-leading biblical scholar) visited the monastery for research and discovered the Codex Sinaiticus, dating from the 4th Century, at the time the oldest almost completely preserved manuscript of the Bible.