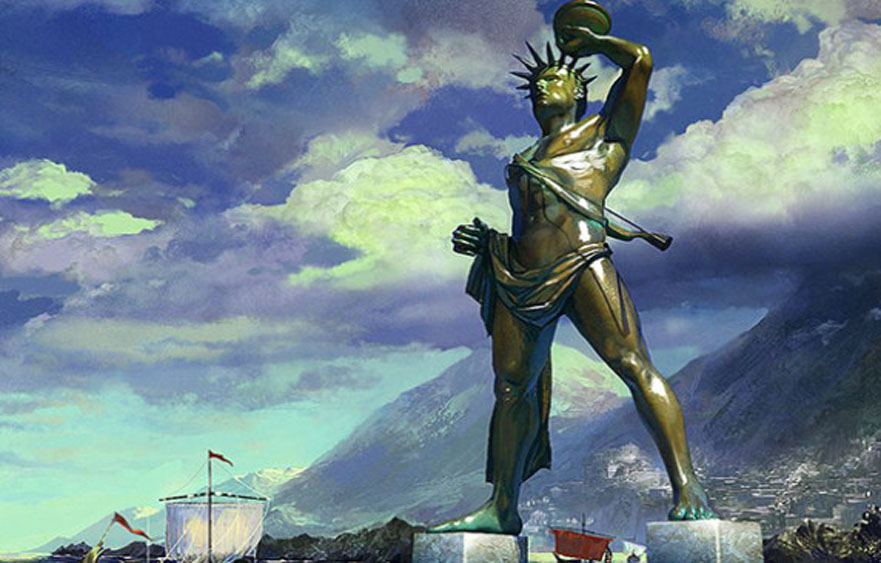 One of the Seven Wonders of the Ancient World, erected, on the Greek island of the same name, by Chares of Lindos about, from 300 to 280 BC.

Colossus of Rhodes, was constructed to celebrate its successful defense against Demetrius Poliorcetes. According to most contemporary descriptions, the Colossus stood approximately about 30 meters high, making it the tallest statue in the ancient world. It collapsed during the earthquake about 225 BC, the Rhodians did not build it again.

About the appearance of the Colossus, it has been believed that the Colossus stood in front of the Mandraki harbor, one of many in the city of Rhodes, straddling its entrance. Given the height of the statue and the width of the harbor mouth, this picture is rather impossible. The actual location of the original monument remains in dispute.