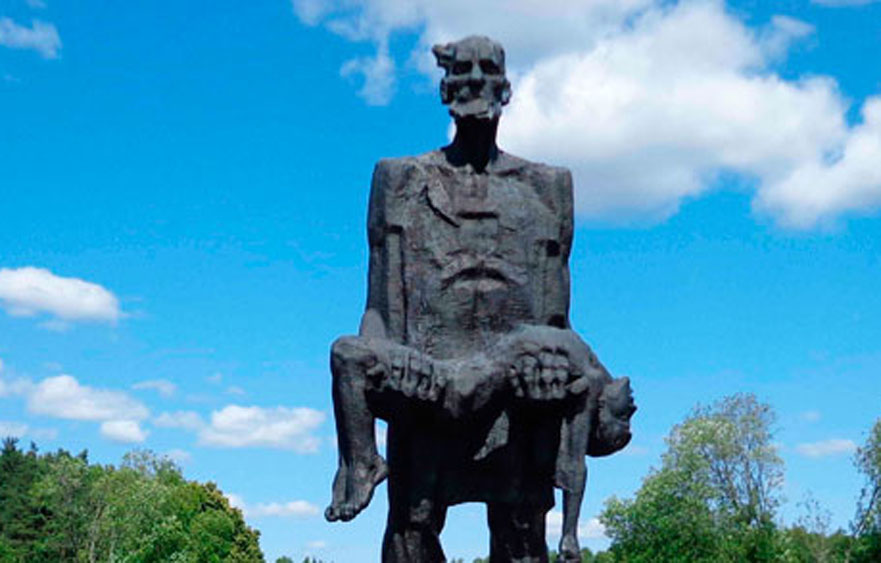 The Nazis destroyed the village together with its residents in the spring of 1943 killing 149 people, including 75 children. The decision to set up a memorial there was made in 1966.

The team of architects that included Yuri Gradov, Valentin Zankovich, Leonid Levin and sculptor Sergei Selikhanov (People’s Artist of Belarus) won the contest for the best design of the future memorial. The official ceremony to unveil the Khatyn Memorial took place on 5 July 1969. It is on the list of historical and cultural heritage of Belarus.

Part of the Khatyn memorial, is the sculpture Unbowed Man, designed by sculptor Sergei Selikhanov, the work depicts Yuzif Kaminsky, the only villager who survived the Nazi massacre in Khatyn, holding his dead son Adam.