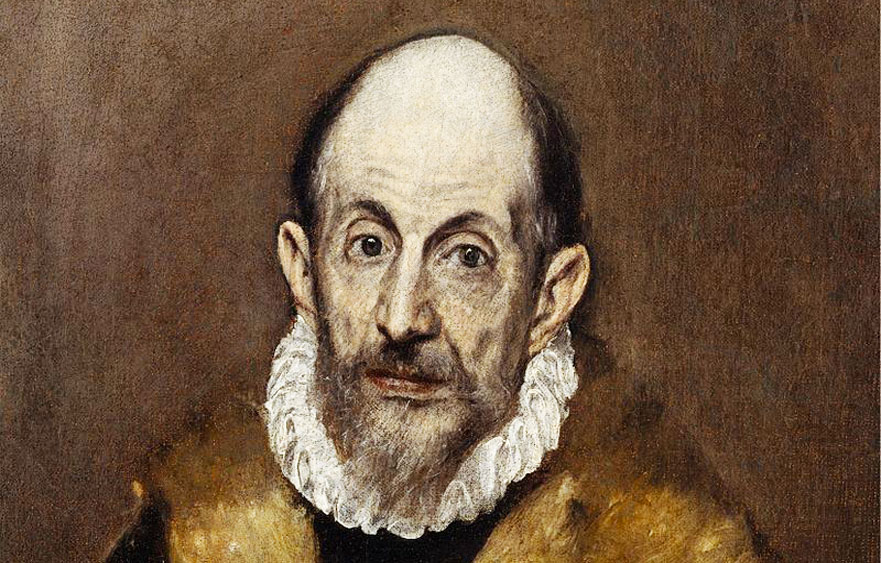 The museum celebrates the mannerist painter El Greco (Domenikos Theotokopoulos), who spent much of his life in Toledo, having been born in Fodele, Crete.

El Greco Museum first opened in 1911 and is located in the Jewish Quarter of Toledo. It consists of two buildings, a 16th-century house with a courtyard and an early 20th century building forming the museum, together with a garden. The house recreates the home of El Greco, which no longer exists. The museum houses many artworks by El Greco, especially from his late period.

The collection, a complete series of paintings portraying Christ and his disciples originally produced between 1610 and 1614. There are also paintings by other 17th-century Spanish artists, as well as furniture from the period and pottery from the Province of Toledo.

Featured Image: Self-Portrait or Portrait of an Old Man is an oil on canvas painting by El Greco, dating to between 1595 and 1600 (That painting is not being exhibited in the El Greco Museum ) / Image: via wikipedia.org