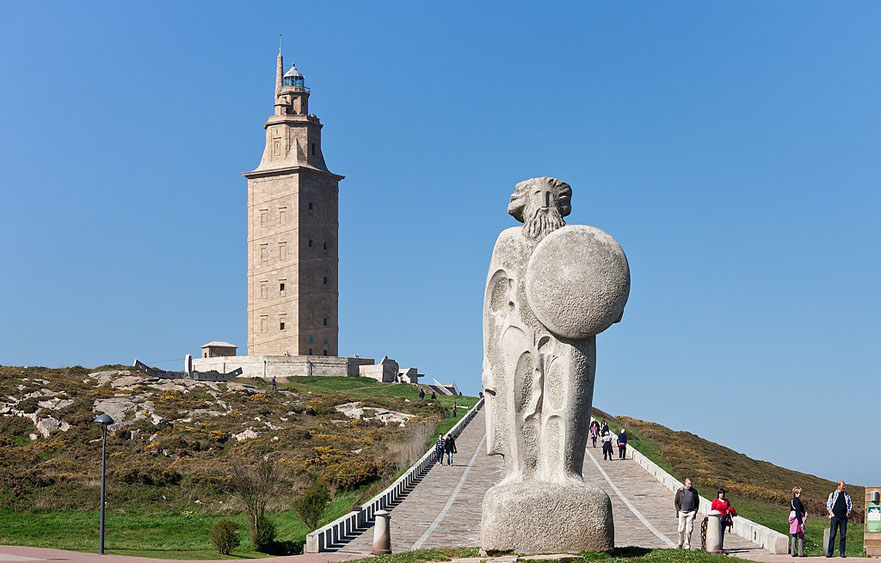 An ancient Roman lighthouse, was known as the “Farum Brigantium”. This unique construction has a rectangular plan, each side of it measuring approximately 11.75 meters and a total height of 55 meters, of which 34.38 m correspond to the Roman building and 21 meters to the restoration made in 1789 to modernize the aid to navigation system.

It was built in the second half of the 1st century or the early years of the 2nd century A.D. by the Romans at finis terrae (Latin for ‘end of the world’), namely, north-western Hispania, at the great Gulf of Artabro to guide the ships sailing along the most western coast of the Empire.